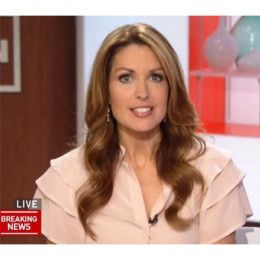 A beautiful and talented American Television Talk Show Host and also a famous journalist Christi Paul is currently working in the HLN Network as the news anchor. Before that, she used to work as a consumer reporter in CNN affiliate KTVK in Phoenix. She has done BA in Broadcast Journalism from the University of Toledo which is situated in Ohio. Besides her career, she serves as an ambassador for Starlight Starbright Children's Foundation. She is married to Peter Paul.

Christi Paul was born on January 1, 1969, in Bellevue, Ohio, United States. She is American and belongs to the White-American ethnicity. Paul graduated from the University of Toledo in Broadcast Journalism.

Christi Paul started her journalism career as a reporter and anchor in Boise, Idaho, and Phoenix. While working at KTVB in Idaho, she awarded the Idaho Press Club for her stories about Julianne Prudhomme, a four-year-old girl who underwent a five-organ transplant and survived.

Later she worked in Clarksburg, West Virginia as a news anchor, editor, photographer, and reporter at WDTV.

Paul also served as the reporter and weekday news anchor for HNL and she joined the CNN in April 2003 as a weekday anchor.

In 2014, she lends the voice to the narration of Skyview Atlanta about the area surrounding the Ferris wheel built around Centennial Olympic Park. She authored the book name, Love Isn’t Supposed to Hurt.

Christi Paul is a married woman, she tied the knot with her longtime boyfriend, Peter Paul in 2003. The couple tied the knot in an intimate ceremony in the presence of their closed ones and family members.

The pair is a proud parent of three daughters. She welcomed her third child on September 2, 2009. Prior, Peter, she was in a marital relationship with Rob Koebel but due to the abusive behavior of Rob, the couple has divorced. 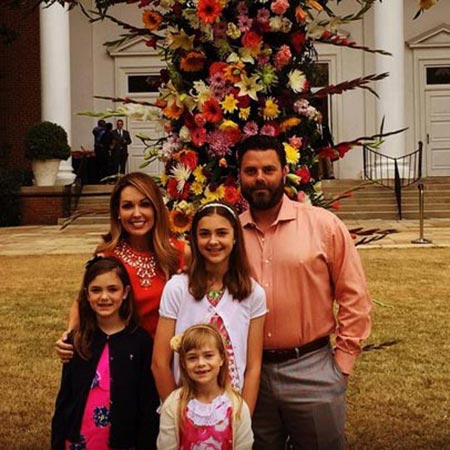 Christi Paul with her husband  and lovely daughters

Paul regularly posts images of her husband and lovely children on Instagram but she's yet to reveal the name of her girls.

In 2007, Paul performed the National Anthem before the Atlanta Braves vs. Florida Marlins baseball game. She served on the board of Safe Kids Georgia. She is an ambassador for the Starlight Starbright Children's Foundation.

Recently Paul named "Outstanding Alumna" from the University of Toledo's Department of Communication. She is the huge fan of the NFL's Cleveland Browns.

She is active on social media and she's regularly posting images from her profession and also from her family. She uploaded beautiful family portrayals on Instagram in March 2019.

Christi Paul earned a good sum of the amount from her career. Usually, the salary of CNN journalist is ranging from $36k-$56k and she gets paid more than that figure because of her experiences towards the journalism field. The estimated net worth of Paul is yet to revealed.

Christi Paul talks about her book, Love Isn't Supposed to Hurt. Check out the video below,

He is occupationally reporter and news anchor. The reason behind their divorce is still a mystery.

After two year of her divorce they got married. Together they are parents of three children.