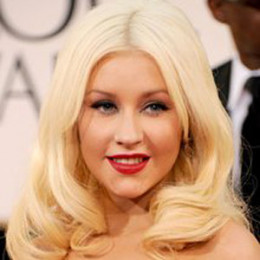 Christina María Aguilera is a singer, songwriter, and actress. She is known for her songs like "Genie in a Bottle", "What a Girl Wants", and "Come On Over Baby (All I Want Is You)". Till now she has earned one Latin Grammy Award, five Grammy Awards and a star on the Hollywood Walk of Fame. She was ranked no.58 in the list of 100 Greatest Singers of All Time, by Rolling Stone. She is the daughter of Shelly Loraine, a musician and Fausto Xavier Aguilera, a United States Army soldier.

Till now she has been married only once and with her husband she has raised a son. She was married to her first husband from 2005 till 2011. She recently got engaged to her long time dated boyfriend in 2014 and with him she has welcomed a beautiful daughter. Few years back she was rumored of dating Dave Grohl , A. Jay Popoff and Fred Durst. Controversy arose after she kissed Madonna on stage of MTV VMAs, which made people think twice about her sexuality.

He is the first husband of Christina, who is a record producer by profession. The two are blessed with a son.

This adorable kid is the only son of Christina.

She was born healthy at Los Angeles Cedars Sinai via C-section.