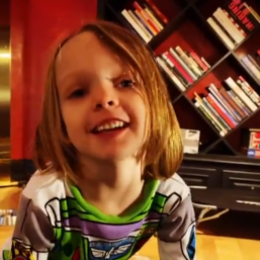 Summer Rain Rutler is an American celebrity kid who came to the limelight because of her parents Matthew Rutler and pop star Christina Aguilera. The eight-year-old frequently makes media appearances with her family.

Summer Rain Rutler was born on August 18, 2015, as the first child to Matthew Rutler but second to singer-songwriter Christina Aguilera. The parents of Summer have been engaged for more than ten years. Mr. Rutler proposed to Christina by getting down on one knee on Valentine's Day 2014 with a beautiful diamond ring. 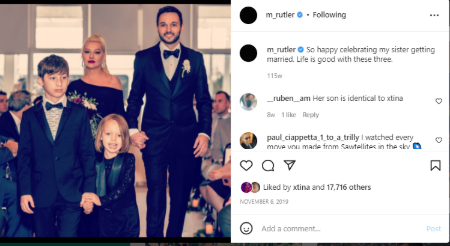 Christina Aguilera first met the love of her life, Matt Rutler, in 2009 on the set of Burlesque, in which she starred opposite the legendary icon, Cher. At that time, Rutler was serving as a production assistant on the Golden Globe-winning film, before they immediately hit it off.

In February 2010, Aguilera filed for divorce against former husband Jordan Bratman, with whom she shares a son named Max Bratman. Likewise, in 2013, Christina moved into a Mulholland Estates home with her fiance Matthew and became pregnant with their first child.

Mr. Matthew Rutler serves as the senior vice president of Business Development and Talent at Master Class, the company which provides online classes in creative fields such as trained by A-list stars and renowned entrepreneurs like Alicia Keys, Natalie Portman, Shonda Rhimes and Aguilera herself. 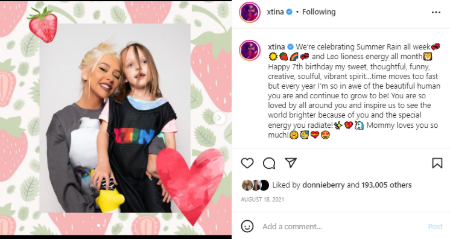 Speaking of Christina Aguilera's wealth, the 5 times Grammy winner has summoned a colossal net worth of $160 million, as of 2022. She makes a salary of $15 million annually by selling music albums as well as from her career as a singer-songwriter. The mother to two has brand endorsements, including for Levi's Skechers, Versace, Oreo, Coca-Cola, and Pepsi.

Aguilera started her musical career at a young age in 1991 despite not meeting the age requirements. She auditioned for "The Mickey Mouse Club." In 1994, the blonde beauty performed with big names including Justin Timberlake, Britney Spears and Ryan Gosling.

Further. in 1998, she received an offer to sing "Reflection," the theme song for the animated film Mulan after covering a version of Whitney Houston's Run to You. Later that year, the song Reflection reached the Billboard Adult Contemporary chart number 15 when released in June 1998.

In June 1999, Christina recorded a single "Genie in a Bottle," which pushed her to stardom when it reached US Billboard Hot 100. In 2010, Christina's eponymous debut album was certified platinum eight times by the Recording Industry Association of America RIAA and sold over 17 million copies worldwide.

Moreover, Aguilera has produced and co-written most of the songs on her fourth studio album, Stripped, Xtina, Back to Basics, and Baby Jane. Christina has recently made a name for herself by serving as a judge in the music competition show "The Voice." For being the judge, Christina received a paycheck of $15 million per year. She appeared for seasons 1 to 3, 5, 8 and 10.