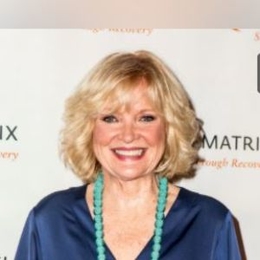 The Award-Winning Actress Christine Ebersole gained wide critical acclamation for her role in the CBS sitcom Bob Hearts Abishola. With a huge fan base worldwide, her personal life has never been out of the media attention.

Christine Ebersole shared the vows twice in her life. Christine is currently married to her boyfriend turned husband, Bill Moloney. The lovebirds met one another for the first time in 1985 through a mutual friend. 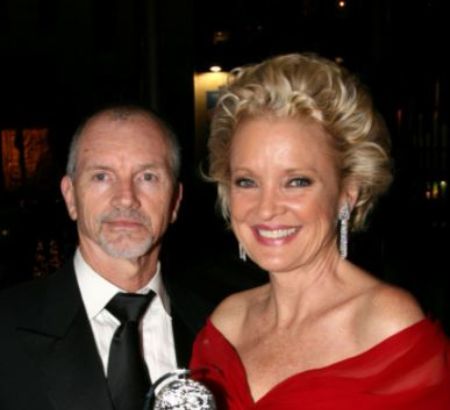 After a great first meeting, the two exchanged their contacts and started dating. In 1988, the couple accepted one another as husband and wife after years of their sweet relationship. Christine, at present, is relishing a good life with no divorce rumors surrounded by her.

Moving on, Ebersole revealed that her spouse, Bill suffered from acoustic neuroma two years into marriage. He was left "kind of paralyzed" by removing the tumor. The illness eventually led to the end of his career as a drummer.

Before  Bill, Christine Ebersole previously tied the knot with her longtime boyfriend, Peter Bergman. Peter is an actor best known for his portrayal of Jack Abbott on The Young and The Reckless.

The former pair got hitched in 1976. Everything went smoothly for over five years before calling it quits and finalizing their divorce in 1981. After the split, Peter walked down the aisle with his second wife, Mariellen Bergman and welcomed two lovely children.

Christine Ebersole - Did She Had A Stroke?

The CBS sitcom's "Bob Hearts Abishola" fans were shocked when Dottie experienced a massive stroke during the sixth episode of the show's first season. Christine recovered from the stroke during Seasons 2 and 3. 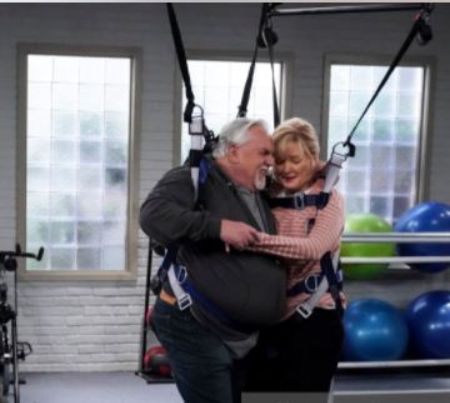 The actress who played Dottie did not have a stroke in real life. But as per New York Post, Christine did draw on some real experience to portray the aftereffect of a life-threatening emergency.

The talented and versatile actress Christine Ebersole is enjoying an amazing career so far. Christine was cast individual from 'Saturday Night Live' from 1981 to 1982. Then, the actress appeared in sitcoms like 'Rachel Gunn and 'The Cavanughs.'

Here's the video of Christine Ebersole singing " Another Winter in a Summer" in Grey Gardens.

As of 2021, Christine holds a net worth of $4 million. She starred in the movies like The Wolf of Wall Street, which grossed $393 million at the box office with a budget of $100 million.

Currently, Christine grabs over $700,000 annually for her role as Dottie Wheeler on Bob Hearts Abishola. The star shared the screen alongside Folake Olowofoyeku, Shola Adewusi and Billy Gardel. The lady is paid a huge fortune for her great acting style.

Christine Ebersole shared the vows with her first husband, Peter Bergman. The couple got hitched in 1976 but finalized their divorced in 1981.

Following the divorce, Christine Ebersole got hitched for the second time with her boyfriend turned husband, Bill Moloney.

Mae Mae Moloney is the adopted child of Christine Ebersole.

Elijah Moloney is the second adopted child of Christine Ebersole.

Aron Moloney is the third adopted child of Christine Ebersole.