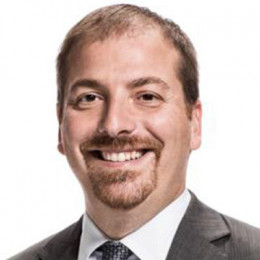 Chuck Todd is an American TV journalist and the 12th moderator of NBC’s prestigious show, Meet the Press. He has served as the Political Director for NBC News, been the Chief of White House Correspondent. He is a married man and has two children.

Todd was born on April 8, 1972, in Miami, Florida, U.S. Ethnicity wise, he is of White-American ethnic background holding an American nationality. He is the son born to parents, mother, Lois Cheri Bernstein, and father, Stephen Randolph Todd.

Todd has the Jewish ancestry from his mother side. He attended the Miami Killian Senior High School in Kendall and graduated from there.

He attended the George Washington University in 1990 and declared a major in political science and minor in music.

Todd debuted his career earning practical political experience on various national campaigns in Washington D.C. and initiative campaigns in Florida. He served for the 1992 presidential campaign of Senator Tom Harkin during his college.

You never know who you run into @12newsaz morning show. Go Suns?

Later, Todd started working part-time as an editor-in-chief at National Journal’s daily political briefing, The Hotline. He worked there for six years. He joined NBC News in 2007. He was brought to the by Tim Russert, an American journalist.

Todd became NBC News Chief House Correspondent on December 18, 2008. Soon, he became NBC News Political Director and was entitled Contributing Editor for Meet the Press. He also served as the host of The Daily Rundown.

Todd currently serves as MSNBC’s daily political show, MTP Daily. He joined the network on July 23, 2015. The show is an extension of Meet the Press, and it mainly focused on the 2016 presidential campaign.

Todd has made a huge amount of money from his journalism career. He has an incredible net worth in his life. He owns a beautiful house in Arlington, Virginia that worth in millions.

As per some online sources, he purchased the property worth $1.74 million in 2007. The current value of the property is $1.55 million.

Todd, age 46, is a married man and has two children. He married Kristian Denny Todd who is also a recognized and a very talented person. His wife is a communications professional and co-founder of Maverick Strategies and Mail.

She was the spokesperson of Senator Jim Webb for the 2006 Senate campaign. 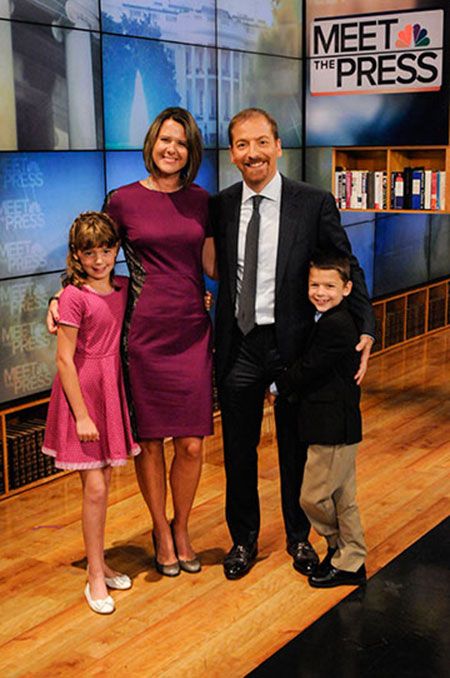 Chuck Todd with his family

The couple is blessed with two children, a son named Harrison Todd and a Daughter named Margaret Todd. He currently resides in Arlington, Virginia with his family. There are no rumors or records available on his relationship.

Todd is a supporter of the Miami Hurricanes football team, as per numerous posts on his Twitter account. He is a congregant in the Reform congregation of Temple Rodef Shalom in Falls Church, Virginia.

Check out the Chuck Todd interview video with Conan on TBS

The information about their date of marriage is not available. However, they are living happily and the couple is blessed with two children. His wife is a communications professional and co-founder of Maverick Strategies and Mail.

She is very cute and adorable. There is no information available on her date of birth. Her parents love her very much.

He is the youngest child of his parents. He has one elder sister. He is very adorable. There is no information available on his date of birth.