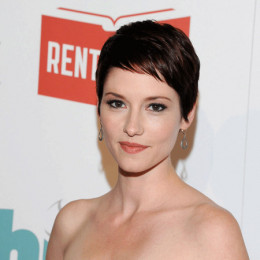 Chyler Leigh West commonly known as Chyler Leigh, is an actress, who came to prominence after playing in medical drama Grey's Anatomy, as Dr. Lexie Grey and in Not Another Teen Movie, as Janey Briggs. At the age of 15, she made her debut in the film world in 1997's Kickboxing Academy. In 2002, she was placed at no.41 in Stuff magazine's list of "102 Sexiest Women in the World". She was born to Yvonne Norton and Robert Potts.

This talented and gorgeous actress is in a marital relationship with her husband Nathan West since 2002. She married her long time dated boyfriend who by profession is an actor and producer.

With her husband she has raised three children: a son Noah Wilde West and two daughters Taelyn Leigh West and Anniston Kae West. The couple recently celebrated their 13th anniversary. Besides her marriage, till now there is no record of her affairs and other such relevant activities.

She has a brother named Christopher Khayman Lee.

She is best known portraying the role of Janey Briggs in the comedy movie Not Another Teen Movie(2001).

She played the role of  Lexie Grey in the ABC medical drama series Grey's Anatomy from 2007 to 2012.

He is the first and only husband of Leigh, who is an actor and producer. The couple worked together in a television series 7th Heaven.

He is the only son born to Leigh and her husband, who was born healthy.

She is the second child of Leigh who was born safe and sound.

She is the youngest member in the family. Her images can be viewed on the internet.