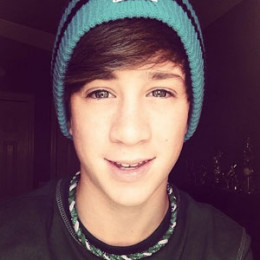 American social media sensation, Clay LaBrant rose to fame from the vine of his brother, Cloe LaBrant. He has a YouTube channel and has a number fan following. By 2014, he started uploading videos on YouTube.

Clay LaBrant was born on February 23, 2000, in Troy, Alabama, United States. His zodiac sign is Pisces, and he is 22 years old. He is an American citizen. Ken LaBrant, Clay's father, is a retired Spanish professor who taught at Troy University and has written a children's book called 'Uncle Kenny's Crazy Bedtime Stories.' 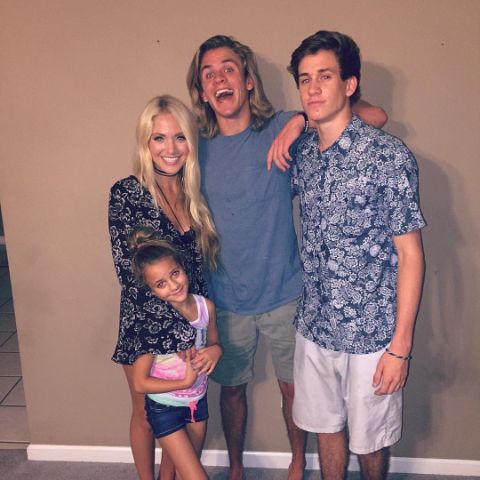 His father now works for his brother, Cole, as a business manager. His father also runs a YouTube channel with the same name, which primarily features videos of his family. Sheri LaBrant, Clay's mother, was a contestant on CBS's "The Amazing Race" for the 28th season. Cole, her son, and she were partners on that show.

She is currently a stay-at-home mother who spends the majority of her time with her children. Cole LaBrant, Luke LaBrant, Tate LaBrant, and Jack LaBrant are Clay LaBrant's four brothers. Lily LaBrant is his sister. His brothers are all Vine celebrities with their own accounts, whereas her sister Lily is a Youtuber with her own channel.

Clay LaBrant also enjoys soccer, travel, going to the beach, and hanging out with friends, as well as fashion, cologne, shoes, food, and travel. In terms of his educational background, no information about his high school or university has surfaced as of yet. 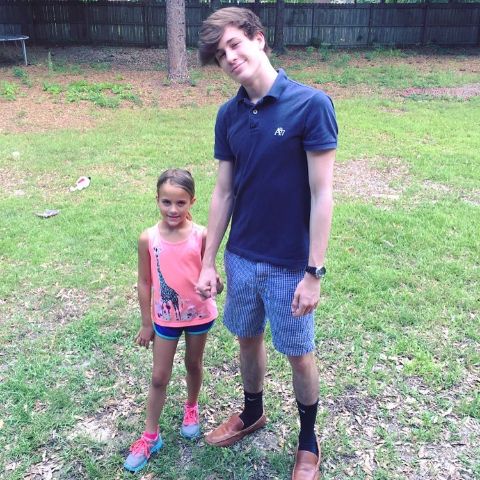 Given his age, he is likely to have graduated from high school and is enrolled in college, unless he is a dropout or has decided to discontinue his studies.

Who is Clay LaBrant's Girlfriend?

Clay LaBrant is currently dating an Instagram star by the name of Julia Fassl, and the couple has been together for a while. In addition to that, she is the proprietor of her own personal website, on which she invites her followers and close friends to view and interact with the photographs she has taken. 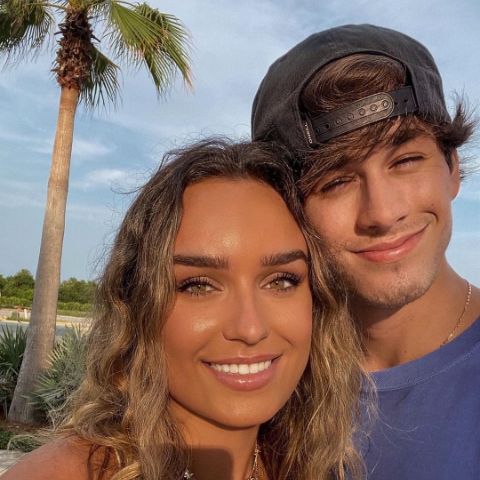 October 2016 marked the beginning of the couple's dating relationship, and they are still going very well to this day. They spend each other a lot of cute and adorable pictures via their respective social media accounts, which is very sweet. Similarly, the couple has a large number of devoted followers who adore them.

Vine and YouTube are the primary sources of revenue for Clay LaBrant. His wealth is somewhere around $1 million. Blimey Cow and Bachir Boumaaza are famous youtuber similar to Clay LaBrant. 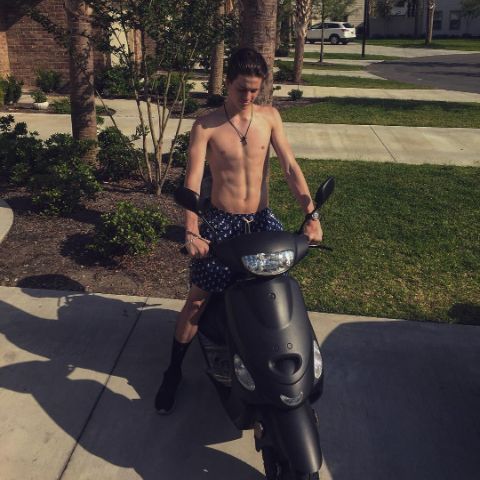 In addition, he has worked with various businesses, including Sony, Sanyo, Coca-Cola, Maker Studios, Instafluence, Revfluence, and Social Native. He has contributed to a great deal of content for mobile phone applications.

Similarly, when Clay told his parents that he wanted to become a social media star, they were not taken aback in the least. Virtually the entire LaBrant family is active on various social media platforms, so this did not come as a shock to them. 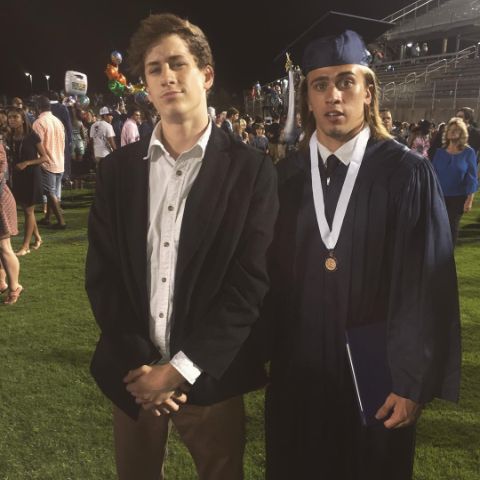 In addition, everything got started when Clay's older brother Cole, along with two of his schoolmates named Baylor Barnes and John Stephen Grice, established Cole's Vine channel. Their Vine channel gained popularity in a relatively short amount of time. As a result, Clay was eventually inspired to follow in his brother Cole's footsteps and start his own YouTube channel.

In the beginning, Clay would show up in the videos that were uploaded to Vine by "Dem White Boyz." After some time, he began writing the scripts for his own videos. In addition to making appearances in videos published by "Dem White Boyz," he also established an Instagram account and worked his way, however slowly, toward becoming popular on social media.

After that, he signed up for his own account on Vine, and given the fact that he already had a sizable following across other social media platforms, it didn't take long for him to become a prominent figure on Vine. 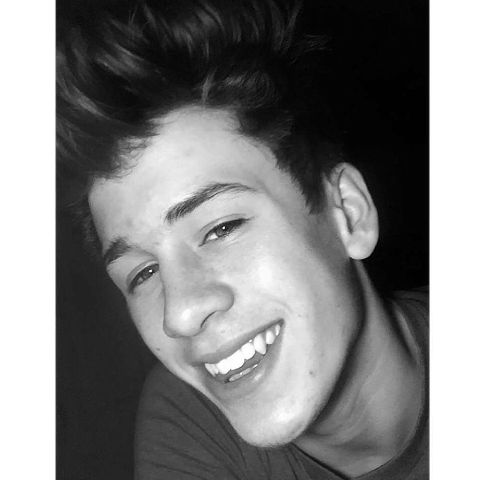 His YouTube channel hasn't made much of an impression yet because it only has a handful of videos and about 23.2 thousand subscribers. On the other hand, many of his videos have been able to amass thousands of views. A number of his videos, such as Lots of fan Mail, Calling Random Fans, Cinnamon challenge with Yoda, Sour watermelon Challenge, etc., have become extremely popular. He has not been active for the past two years at this time.

What type of Videos Does Clay LaBrant Make?

Clay LaBrant got his start on Vine by imitating the strategies that his brother and other prominent Vine users employed. Even more than that, he was contrasted with his brother on several occasions. Clay lacked a lot of self-assurance when it came to scripting his Vine videos.

He was also concerned about his chances of becoming famous on the internet, which at the time was full of people who had already achieved success on Vine. Despite this, Clay pursued his passion for sketch comedy and eventually became well-known for his work in this field. 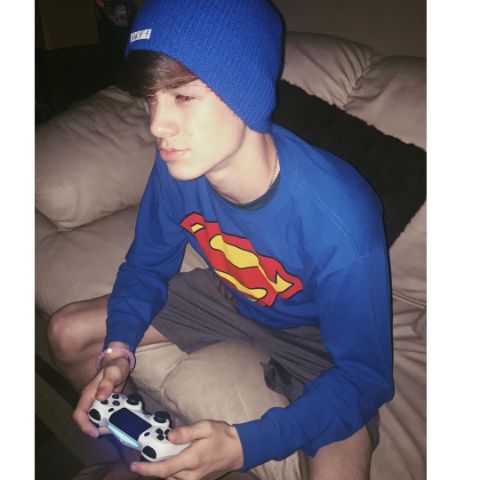 As time went on, his Vine videos began to attract viewers, and he was eventually able to add his name to the list of successful Vine stars. His fans eventually started compiling many of his videos on Vine and uploading them to YouTube, which aided him in attracting a larger audience.

Clay LaBrant has a height of 5 feet 10 inches, but we do not know what his weight is. There is currently no information available regarding the rest of Clay's body measurements.

Nevertheless, he is physically attractive, both in terms of his face and his body. His eyes are green, which, along with his dark brown hair, help to make him look even more handsome.

Clay is also quite active on his Vine account, which has helped him gain tens of thousands of followers on that particular platform.