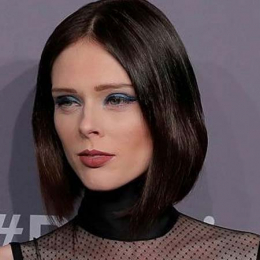 Coco Rocha is a Canadian Model known for her sharp cheekbones and striking blue eyes. She has walked the runway for famous designers, graced the covers of famous magazines and been the face of advertising campaigns of high ends brands. In 2012, she was declared by Vogue as one of the top 30 models of the 2000s.

Is Coco Rocha Married? Who is her husband? Know more about her Personal Life

Coco Rocha is happily married to British-born muralist James Conran since June 9, 2010. They exchanged self-written wedding vows at Chateau de Challain, France in attendance of their 50 close family and friends. Recently, Coco shared the glimpse of her wedding on her eighth anniversary via her Instagram.

8 years today, married to the one I love. Happy Anniversary to my best friend and our beautiful little family! I love you @jamesedwardconran with all my heart. Video by @Panavision80 Music by @snailmailband

The lovely couple first met in New York at a friend’s party and James Conran first impression of Coco was not so great. However, after a few more meetings, they became friends and started dating and eventually leading to the wedding.

Coco, who is back to work and is in her pre-pregnancy shape does not have any specific training mantra. She does the workout by herself and eats healthy meals throughout the day. Mostly she does not skip her breakfast and avoid snacks.

Rocha is not just a supermodel, wife, and mother but also a philanthropist. She advocated for improving underage protection laws for models in New York State and against the prevalence of eating disorders in the modeling industry. Moreover, she partnered with Canadian-fashion-retailer Jacob for a "Photoshop-free" campaign in June 2011 and after five months she launched a clothing line, Coco Rocha for Senhoa.

Coco Rocha charity work may be a result of her upbringing as a Jehovah's Witness. She is a devout Jehovah's Witness and still participates in preaching door-to-door despite the busy schedule. Also, she does not pose nude, nationalistic emblems, with cigarettes, or religious icons because of her faith towards Christianity.

What is Coco Rocha's Overall Net-worth? Know more about her Career and Achievement.

The 30-year-old year supermodel Coco Rocha overall net worth is around $4-$5 million. This net worth is garnered through her decade long career as a runway model and being the face of advertising campaigns of brands such as Balmain, Versace, Americana Manhasset, Balenciaga, Chanel, D&G.

The A-list model earns around $20,000 per show and millions per year and she Coco might earn a similar figure. Furthermore, she hosted MTV Video Music Awards in 2010 and was part of reality shows such as America’s Next Top Model and the Face.

Rocha diversified her profession and took management and ownership stake at Nomad Mgmt Modeling Agency. Also, she developed the idea for a model camp that teaches young models the basics of modeling including building a portfolio, casting, and runway training.

The property, which sits on seven acres has a big swimming pool and the huge chalet-style guest house was bought and renovated by the couple as this place was ideal for camp and growing children. Before moving this place, the couple sold their two-bedroom apartment in New York for $1.59m.

Coco Rocha with her husband created a clothing line "Co + Co", which clothes cost on average costs $80-$300. Also, she collaborated as an author in the 2014 book Study of Pose. The sales from merchandise and books also elevate her net worth.

Coco Rocha was born as Mikhaila Rocha on September 10, 1988, in Toronto, Ontario to mother, Juanita Rocha, a flight attendant and father, Trevor Haines, a ticket manager. Her parents got divorced and she moved to Richmond, British Columbia with her mother. 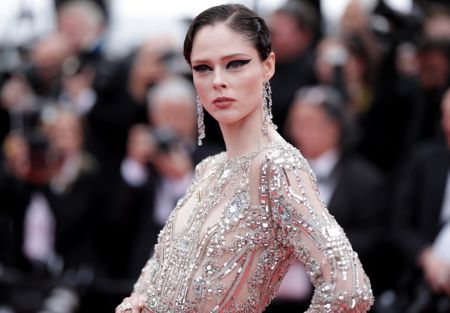 Coco has two siblings, one stepsister named Lynsey and one stepbrother named David from her father second marriage. She is of Irish and Ukrainian descent

Coco was first discovered in a Celtic-dance competition at age 14 and moved to Asia as a 15-year-old rookie model. After working for a few years in Asia she moved to Newyork from where her career took off.

She has appeared in covers of magazines of Vogue, Harpers Bazaar, Flare and walked the runway for the designer such as Anna Sui, Marc Jacobs, Emanuel Ungaro, etc. More to that, her work is highly respected in the fashion world and thus appreciated through many awards including Marie Claire's Prix d'Excellence and Vienna Fashion Award.

James Conran is a English mural art designer who is married to supermodel Coco Rocha. He is co owner of Nomad Mgmt Modeling Agency with his wife.

James Conran is an English mural art designer. he is married to super model Coco Rocha.

James Conran is an english mural artist and is married to supermodel Coco Rocha.