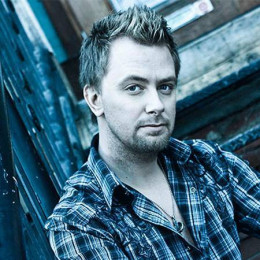 A Canadian country music artist who have already received 26 SCMA Awards. He was also four time nominated by Canadian Country Music Association and 6 times nominee by SCMA as Male Vocalist of the Year and also Entertainer of the Year. He debuted in music industry in 2005 through his debut album The Road Ahead. He has shown his performance during many occasions like CMA Music Festival, South by Southwest, Manitoulin Island Country Fest etc. He is considered to be top 12 out of 7,500 artists from all around the world.

Talking about his personal life he is already tied in knot with his longtime girlfriend. Together they look very beautiful couple with mutual understanding and great chemistry. In an interview he interview that they both have keen interest in fishing. There has been no rumor of any kind of extra marital affair from both sides which proves that both of them are loyal to each other. Till now the couple haven't given birth to any children.

She is very cute and gorgeous. Their marriage took place in Saskatoon, Saskatchewan in presence of family and friends.