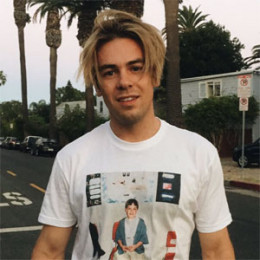 Canadian YouTuber and Vine star, Cody Ko earned much of the popularity from his viral video #6secondauditions, and later the hashtag also became viral. He had 2.7 million followers on his Vine account. As of now, Ko has more than 583k subscribers on his YouTube channel.

Cody Ko was born Cody Kolodziejzyk on 22nd November 1990 in Calgary, Canada. He is Canadian and belongs to White ethnicity. Ko has a sister, and she often featured in his Vine videos.

Cody Ko posted the first video on Vine in 2013. He created the hashtag # 6secondauditions which went viral. His audition as Mary Poppins is the first #6secondaudition. Before the app closed down, he had more than 2.7 million followers and had 6.7 million loops.

Ko created self-titled YouTube channel. In his first video, he answered the questions asked by the public and as a result got 89k views. Gradually, he began to posts several videos related to reactions, food, challenge and funny videos. Now, he has more than 583k subscribers on his channel.

He also runs an online shopping store called represent.com, where t-shirts, sweatshirts, and hats are available.

Currently, the dashing YouTube star, Cody Ko is in a relationship with his girlfriend, Kesley Krepple. The couple started dating a few years back and are happy together. They often share pictures of them together on social sites.

His hobbies include skiing, surfing and hanging out with friends.

Cody Ko after posting several videos and pictures on social media has an estimated net worth in six-figure.

Besides these, Ko makes much of the money from his YouTube channel. He has 297k followers on Instagram and 553k followers on Twitter. He owns a Honda EX CVT worth $23,388.