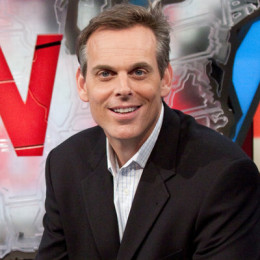 Colin Cowherd is a famous American host, who is popular for beautifully presenting his shows. He is currently working as a host of the ESPN Radio podcasts such as The Herd Mentality and The Thundering Herd with Colin Cowherd. Before that he used to work as a co-host of ESPN2 program named 'Sports Nation'. He was born to Charles Cowherd and Patricia. He said to media in his interviews that he had very bad childhood because when he was just a child his parents broke up. Not only that, he further disclosed that his father married eight times and his mother was three-time divorcee. He started his career by being an anchor of Pacific Coast League's Las Vegas Stars.

Colin Cowherd was born on 6th January 1964, in Bay Center, Washington,  USA, to Charles Cowherd, optometrist, and Patrica, a housewife. His father had five marriages and mother went through three divorces. He graduated from Eastern Washington University.

Soon after his graduation, Colin Cowherd worked as weekend sports anchor at WTVT in  Florida. Later, he moved to Portland, Oregon, where he worked as a sports anchorman for KGW-TV in 1996. 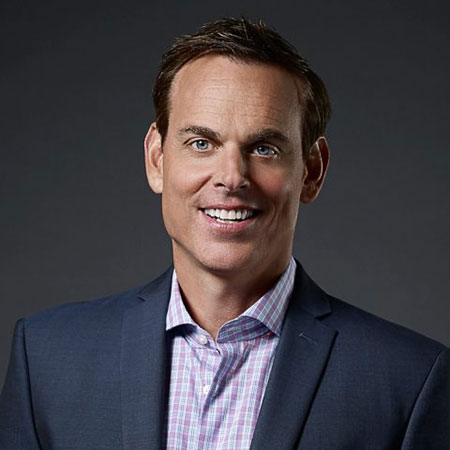 In 2003, Colin was selected to replace Tony Kornheiser for the late morning time slot in a program entitled '10 AM – 1 PM ET' on ESPN Radio.

From 2004 to 2015, Colin Cowherd's popular show entitled 'The Herd with Colin Cowherd',  a syndicated talk radio show broadcast on Fox Sports Radio was transmitted to ESPN Radio affiliates throughout the United States and online at ESPN Radio. com.

In 2013, his first book, entitled 'You Herd Me! I'll Say It If Nobody Else Will', was published, writing the book on-and-off for a few years. On 16th July 2015, it was announced that Colin Cowherd would leave ESPN.

On 12th August 2015, it was officially announced that he would join Fox Sports with a four-year contract.

Colin Cowherd faced many controversy and criticism. On 5th  April  2007, his directed program entitled 'The Herd', his listeners to "blow up" the sports blog The Big Lead by simultaneously visiting its homepage. This site was unable to handle the influx of traffic and was knocked offline for approximately 96 hours.

Cowherd also faced criticized for comments which he made regarding the circumstances surrounding the death of 'Sean Taylor'. On 28th November 2007, one day after Taylor's home invasion murder, Cowherd claimed that Taylor's past had brought this upon him and that Redskins fans who mourned him were not "grown-ups".

On 23rd July 2015, Cowherd made remarks connecting the number of baseball players from the 'Dominican Republic' to the game's alleged simplicity. He was brutally criticized when he broke false news about the demise of Eddie Guerrero, a world famous World Wrestling Entertainment wrestler.

From his media career, he won many awards including Sports Illustrated's 2005 Radio Personality of the year. The National Sportscasters and Sportswriters Association voted him as Nevada's Sportscaster of the Year five times. Moreover, for his exact sports predictions, he was given the name  'Pundit Tracker' as the Best Pundit of 2012.

Colin Cowherd is a popular sports radio hosts. As per Celebrity net worth, he has an estimated net worth of $14 million and regarding The Richest, his estimated net worth is $12 million. He is one of the highest paid sports media personality and his salary is $2 million per annum.

Colin Cowherd is happily married to Ann vow Cowherd. The duo exchanged a vow in 2010 at an intimate ceremony in the presence of their closed ones and family members. The duo is together since 2010 and shares a strong bonding.

Previously, Cowherd married Kimberly Ann Vadala in 1996 but the couple failed to handle their married life and divorced in 2007. The couple shared two children. He is the father of six children, among them two are his own and four are his stepchildren.

After 11 years of their marriage they got divorced due to some internal conflict. Together they are parents of two children.