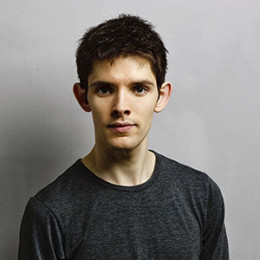 He is a theater, film and television actor, well known for playing main character in the BBC television series Merlin for which he received the Caron Keating Outstanding Newcomer Award from the Variety Club Showbiz Awards. He made his theater acting debut in 2007, as the title character in DBC Pierre's Vernon God Little. He studied at Royal Scottish Academy of Music and Drama and from there he graduated in 2007. His father is a painter and decorator while his mother, Bernadette is a nurse.

Moving on to his personal life, he is yet unmarried and also does not have any child. He has been dating a young beautiful lady since a long time. The couple seem happy and are often spotted together. They probably are looking forward to a successful married life. There is no record of his past affairs till now. The couple is loyal and positive towards each other.