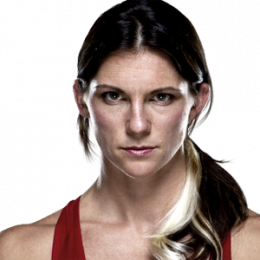 Colleen Schneider is a well known American professional mixed martial artist. She was also a contestant on "The Ultimate Fighter", the reality competition television show in season 18.

She got the title of 'FILA Submission Grappling World Championship in 2014", "SFL Fight League World Women's Bantamweight Champion in 2013".
She was in a relationship with professional MMA fighter Josh Barnett but the couple split due to their personal reasons.

She graduated from Cicero-North Syracuse High School in New York and she earned bachelor's degree in physics from the University of California, Berkeley. She instructed Taekwondo while she was in University and that became the main reason for her to join the MMA.

Before transitioning to MMA in 2008, she trained in traditional martial arts like Taekwondo, Hapkido, and Karate. In the reality series Strikeforce Challengers 10, she made her first entrance for Strikeforce promotion in a reserve bout for their one-night Women's welterweight tournament. She lost to future UFC bantamweight Liz Carmouche through the unanimous decision.

She was the competitor of the flyweight division. Also, she is Super Fight League Women's Flyweight Champion who has won the vacant title by defeating Sanja Sucevic through third-round submission at SFL 14.

Colleen Schneider on Bellator debut in an interview!

During the 17th season of The Ultimate Fighter, she took a hiatus from the team by assistant coach Jon Jones due to the personal reasons. Later she moved to California where she joined Combat Submission Wrestling fight under Josh Barnett and Erik Paulson.

On February 27, 2015, she made her Invicta fighting Championship entrance against Irene Aldana. At the first round, she lost the fight by submission. Following year she returned to Invicta with a split decision and she won over Raquel Pa'aluhi.

Schneider made $6K includes $3k win bonus in the fight of his MMA career at Bellator.  She owns an Aprilia bike-which costs around $10K.

Colleen Schneider is very secretive about her life. As per the sources she was in a romantic relationship with UFC champion Josh Barnett. But the pair separated citing irreconcilable differences.

Schneider loves to travel and she is a foodie too. She's a big animal lover and she's been active on Instagram where she got more than 11K followers.