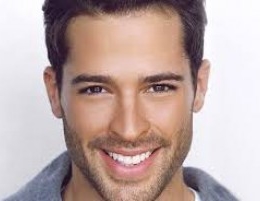 Known to the world as the actor who portrayed the role of a bartender, in the movie, The Young and the Restless, Cory Sligh is a famous American actor and model. Likewise, his other hits are, All About Lizzie and God Is Dead.

30 years-old American actor, Corey Sligh is currently married to his wife, Ern Sligh. Although Eric hasn't spoken about his personal life in the public and media, he has mentioned about his wife on Instagram's bio.

Likewise, the couple is blessed with a baby boy. The duo has kept their Instagram profile private and they are also not much active on Twitter.

Talking about his past affairs, he was once in a romantic relationship with his then-girlfriend, Alisa Berhorst, who also happens to be a famous American actress. 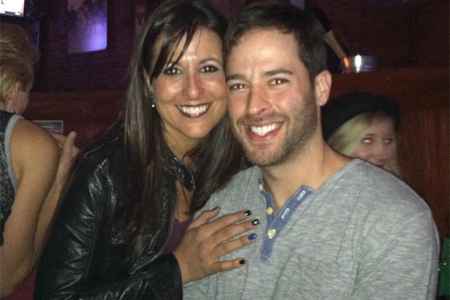 Corey Sligh with his then-girlfriend, Alisa. SOURCE: The Wrap

The duo dated for several years and before calling it quits.

Sligh Was Once Beaten Brutally; Reason Being Calling Out Cops On Two People

Sligh and his then, girlfriend Alisa had organized a thanksgiving in December of 2014. After the event wrapped up, the former flame was heading to deliver food to their friends, who couldn't make it to the event, as this was their annual tradition. While they were on their way, they encountered an aggressive driver and his fellow companion who was recording the whole trip.

After they delivered food to their first friend, who worked on Rite Aid, Los Angeles, the exes returned back to the parking lot where the same aggressive driver was over speeding in a red sporty Mercedes. According to Sligh, the driver was inches away from hitting other cars and his fellow friend was just sitting there shouting and recording the whole trip. 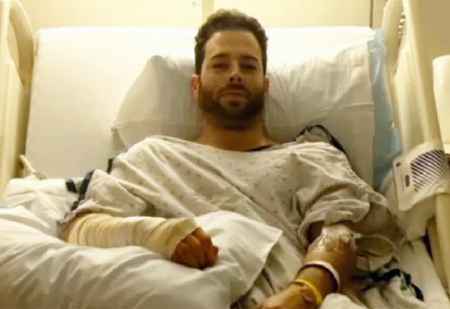 Corey Sligh beaten brutally and then admitted to the Hospital. SOURCE: The Wrap

Soon after that, Cory told the guys that their actions had frightened the women who were there and they had called the cops. But, instead of taking his advice, the man angrily kicked the cars door as hard as he could and walked over to Cory.

Then, Cory told the guy that he had no problem with that and he was just warning them and walked away. Just minutes after, Cory heard tires squealing behind him and when he turned, the car was just three feet away from him and he got hit by the car. He also added that the next thing he remembered was he was over the car's hood.

After he landed on the ground, his ex-girlfriend and her female friend helped him to get up and others called the cops for help. Unfortunately, the two guys returned and Cory immediately knew that they were on a mood to fight him.

The two guys brutally beat him while one of them also tried to hit Alisha. Corey's primary concern was to make sure nothing happens to his then-girlfriend and her friend. Later, Cory ran towards the parking lot shouting towards the guys in order to rescue the females from them. Luckily, this trick worked but he was brutally beaten till the cops arrived.

After that, the actor was hospitalized in Cedars-Sinai Medical Center, where doctors found that he suffered from multiple injuries, a broken arm, and injuries on his neck.

The cops had arrested the two suspects named, Dusan Lilic and Nikola Ilic who later pleaded not guilty on the court of law.

Initially, he was sentenced for nearly 25 years imprisonment but surprisingly, only after 2 months, Judge David Cannon, granted his motion for a new trial in September of 2016. 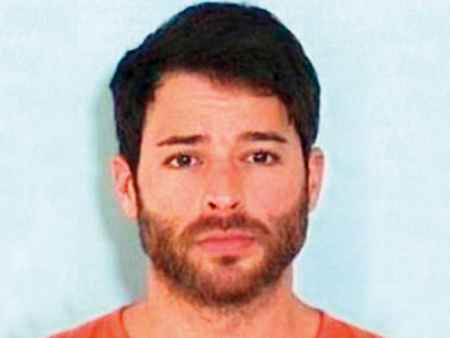 As of now, Cory is awaiting trial and if found guilty, he will be imprisoned for 25 years.

How Did It All Start?

The complaint of the molestation had come several months after the incident happened. As per the victim's family, Cory intentionally touched their then 7-years-old daughter and forced her to do the same.

This incident with the same girl had happened twice, firstly in Florida and the second time in the basement of a Cherokee County home.

But that didn't end there as according to the court document, he committed another crime in and was charged with another felony of child molestation. Yet, the court of law found him not guilty.

As per the court's report, Corey molested another girl, who was younger than 10 at that time. The incident happened in Florida, during his family vaccation and the victim's family charged him with molestation hoping that they would get justice for what Corey did several years ago.

At first, the Judge announced Sligh is guilty but later he thought he made a mistake by taking a decision in such pressure. After two months, he gave a chance to the accused, Corey, to take his case to the Supreme Court.

But the Judge's decision shook the victim's family and they said that they didn't get justice after hearing the Judge's statement.

Well, as of now, Corey is awaiting trial on his second molestation case and if found guilty, he will be charged of a minimum 25 years in prison.

For all the latest Celebrity Gossip and Biography, make sure to check-out Married Wiki!!!

Corey Sligh is currently married to his best friend Ern Sligh. The duo has mentioned about their marriage in their respective Instagram bio.