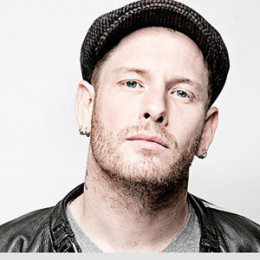 Corey is an American musician, singer, songwriter, actor and author. He is best known as the lead singer and lyricist of the American heavy metal band Slipknot and the American hard rock and alternative metal band Stone Sour. Taylor is a founding member of Stone Sour, and has released five studio albums with that band. Corey Taylor joined the cast of Fear Clinic with Robert Englund which was his beginning of his acting career.

Corey is a married man. He has been married twice. His first marriage was with Scarlett Stone. Corey and Scarlett married in 2004 and this marriage last for four year. They got divorce in 2007. This couple has one children, son Griffin Parker Taylor. After the end the their marriage he married to Stephanie Luby. This couple tied knot in 2009. He is also father of two children, daughter Angeline Taylor and Aravis Taylor.