Home Article Slipknot Lead Singer Corey Taylor Moved On After Divorcing His Second Wife Stephanie Luby: Who Is He Dating?

Slipknot Lead Singer Corey Taylor Moved On After Divorcing His Second Wife Stephanie Luby: Who Is He Dating? 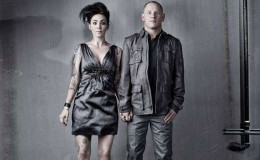 With the end of the year 2017, Slipknot's lead vocalist Corey Taylor shared a major transition in his life. He revealed via Twitter about his divorce with Stephanie Luby, his second wife of around 8 years.

With the end of the year 2017, Slipknot's lead vocalist Corey Taylor shared a major transition in his life. He revealed via Twitter about his divorce with Stephanie Luby, his second wife of 8 years.

But it's surprising how he's moved on so quickly and his social media is filled with his new love life now. Though many things have been speculated, we're still finding it difficult to wrap around our heads to find who he's actually dating!

After making a shocking announcement about his divorce from his second wife Stephanie Luby back in December 2017, the star has certainly started a new relationship.

Taylor is currently rumored to be dating Alicia Dove at present. Alicia is a professional dancer and a member of the all-girl dance group "Cherry Bombs". 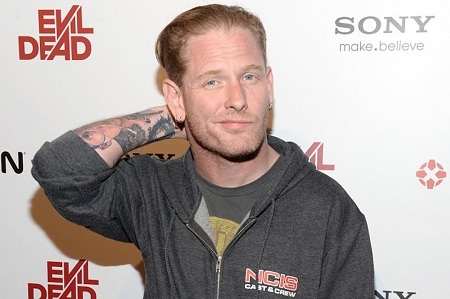 Corey Taylor has certainly moved on in his romantic life
Source: Loud wire

Most importantly, neither Dove nor Taylor has publicly responded to the rumors flying in the social media since the past couple of months.

Rochester, thanks for having us! We love you! #stonesour #hydrogradtour

"2017 was all about transition. It was fun, it was tough, and it brought the best person in the world into my life. Looking back, I wouldn't have changed one damn thing. I'm incredibly grateful."

Dove even retweeted Corey's message in December and followed it up with comment:

"There. You got your facts. You happy?! #fuckouttahere"

You can have a look; the two commenting on Dove's Post: 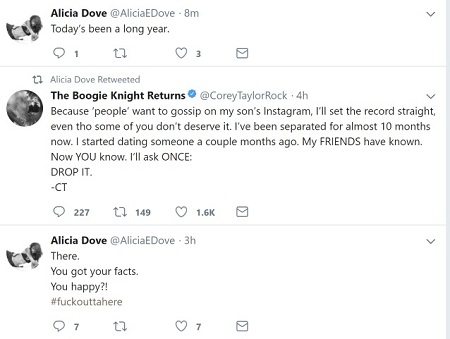 Well, Taylor and Dove might have some romantic stories hidden behind. We wish to get the details soon.

Corey Taylor and Alicia Dove Made Their Relationship Public

After various rumors about them kept swirling around in the media, finally they have confirmed their relationship. Corey Taylor refers to Dove as his reason for happiness and says that she is the queen of his life. Dove too posted a photo of him on Instagram and stated him as her king and love of her life. The couple seems to be deep in love with one another and their chemistry is admirable.

However, his former wife Stephanie Luby is still single and is fully focused on her career. There are no rumors about her linkup with anyone.

Corey Taylor Married Twice: Both Ending with a Divorce

Slipknot and Stone Sour frontman Corey Taylor finally confirmed that he has been separated from his second wife, Stephanie Luby.

The two married in November 2009 in Las Vegas in the Palms hotel's Pearl concert theater. The wedding party was attended by more than 350 guests including Sugar Ray's Mark McGrath and Jane's Addiction's Dave Navarro. 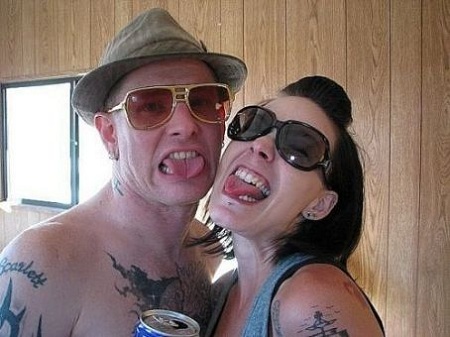 Talking about his 'love at first sight, Taylor said,

"I knew that there was something… I knew that she… It wasn't 'till we really started talking… Okay, let's put it this way: When I saw her, I was knocked out, and I knew that I wanted to pursue her, and it took a little time. I had to gently tell her that I was flirting with her, 'cause she just wasn't getting it. I was, like, 'You realize I'm flirting with you like crazy?' And she was, like, 'Ahhhh…' [But] I knew. Absolutely. And the more we talked, the more we really connected. And then it was… I found that I had about four days before the beginning of a tour — this was in 2008 — so I flew out to L.A. just to see her, and by the time I landed, we both had actually said 'I love you' to each other. And it was on. And we've been together ever since."

Well, the star shared a major event of his personal life via Twitter. He disclosed that he has been separated from Luby for more than 10 months now.

Because ‘people’ want to gossip on my son’s Instagram, I’ll set the record straight, even tho some of you don’t deserve it. I’ve been separated for almost 10 months now. I started dating someone a couple months ago. My FRIENDS have known. Now YOU know. I’ll ask ONCE:
DROP IT.
-CT 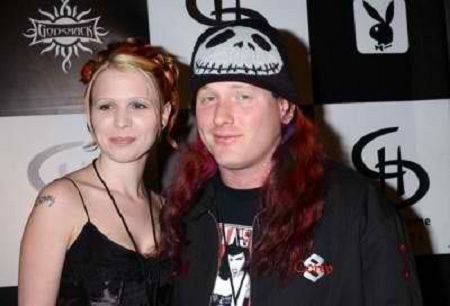 Taylor and Parker married on 11 March 2004 in an intimate ceremony at the Botanical Center in Des Moines, Iowa. The couple divorced earlier in 2007. During his marriage with Scarlett, he was a severe alcohol abuser and even thought of committing suicide for so many times. She helped him get through the hard times, yet they couldn't keep their marriage alive.

Talking about his relationship, he quoted in the November 2008 issue of Revolver magazine saying,

"After I got sober, I realized my relationship wasn't right for me. My wife and I had damaged each other too much."

Scarlett Stone might also have stepped forward in her life but after the divorce, she's remained under the radar. 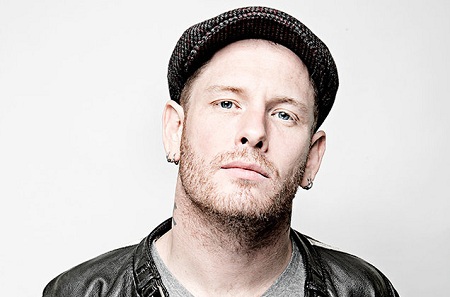