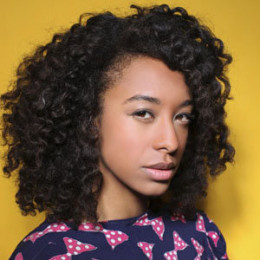 Corinne Bailey Rae is a British singer, songwriter and guitarist from Leeds. She released her debut album, Corinne Bailey Rae, in February 2006, and became the fourth female British act in history to have her first album debut at number one. Corinne is born to a Kittitian father and an English mother, as the oldest of three daughters. Rhea Bailey is her younger sister.

Corinne used to work as a hat check girl in her local jazz pub where, she first met her future husband, Scottish-born Jason Rae. She married Jason in 2001 at the age of twenty-two and changed her name to Bailey Rae. They were married till Jason died in 2008 due to accidental overdose of methadone and alcohol. After death of Jason, Corinne married producer Steve Brown in 2013.

Corinne was married to Jason who was a musician, played saxophone for the eight-piece group called Haggis Horns. They were together as a married couple till Jason died of accidental overdose of alcohol and methadone.

Corinne after death of her first husband married her second husband producer Steve Brown. They were friends and had been collaborating for years before being a couple. This couple is together till the date.