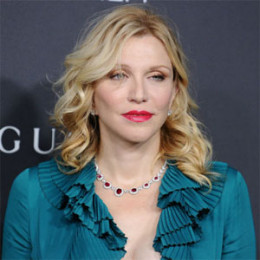 Courtney Love is a name dear to many punk and grunge music lovers around the globe. If you loved punk and grunge back in 90s, you loved Courtney Love. With multi-faced career she has had in singing, songwriting, acting, philanthropy, along with assertions to drug abuses and life-and-death controversies with husband Kurt Cobain, hardly anyone would be oblivious to the name.

Erratic Rockstar Courtney Love was born in San Francisco, California on 9th July 1964 with a birth name Courtney Michelle Harrison. Her parents Hank Harrison, the Grateful Dead associate and Linda Carroll, a physiotherapist split up when she was 5 years old, leaving her with only one parent, her mother, who got married to Frank Rodriguez later on. She used to live in a commune before being sentenced to a reform school in her early teens for shoplifting. At the age of 16, she became a stripper.

Whilst she was engaged in several odd frowned upon jobs in gay bars, to support herself in her late teens, she also studied English and philosophy at Portland State University. She traveled to Dublin, Ireland with the money she received from her grandparents’ trust fund before moving to Liverpool, where she became acquainted with musician Julian Cope and his band, The Teadrop Explodes.

Courtney has had many ups and downs, especially at the beginning of her music career. Her first band was Sugar Babylon (later Sugar Babydoll) which she formed with her friends Ursula Wehr and Robin Barbur. In 1982, she went to a concert starring Faith No More and convinced the members of the band to let her in as a singer, but got thrown out subsequently.

Later, she formed a band called Pagan Babies with her good friend from Portland, Kate Bjelland. She moved to San Francisco with Kate where they recruited bassist Jenifer Finch and drummer Janis Tanaka. The band played many house shows, however, got disbanded after recording only one 4-track demo in 1985. After the departure, Love moved to Minneapolis, where Kate had formed a group called Babes in Toyland.

She returned to California and decided to drift into acting. She joined San Francisco Art Institute where she studied film under experimental director George Kuchar. In 1985, she auditioned for the role of Nancy Spungen in the Sid Vicious biopic, Sid and Nancy and got a minor supporting role through director Alex Cox. The show, however, was a flop.

She then worked at a peep show in Times Square while she squatted at the ABC No Rio social center and Pyramid Club in East Village. In the same year, director Alex Cox cast her in a leading role in his film Straight to Hell (1987), which although flopping horribly, caught the eye of Andy Warhol and she got featured in an episode of Andy Warhol’s Fifteen Minutes with Robbie Nevil. Subsequently, Love decided to leave acting too.

In 1988, Love left New York and went to Anchorage, Alaska where she lived for three months stripping. She gave a serious thought to her career there and decided to reunite with music. She went to Los Angeles, where she taught herself to play guitar and founded “Hole”.

With some musicians who replied to an advertisement she placed, Hole began to make a mark in underground music with singles such as “Dicknail” and “Retard Girl.” Hole’s debut album Pretty on the Inside produced by Don Fleming of Gumball and Kim Gordon of Sonic Youth, attracted some serious amount of audience in England, allowing them to be friends with influential musicians like Michael Stipe and Billy Corgan of REM and Smashing Pumpkins respectively.

In 1998, Hole released their third album, Celebrity Skin, which would make its way to number nine spot on Billboard’s album chart. However, after much controversies, Love began to lose interest in Hole.

As a consequence, she formed an all-female punk rock band, Bastard, which too couldn’t be more than an unsuccessful short-lived project following conflicts between Love and Gina Crosley, the bassist. In May 2002, Hole announced they would split up. 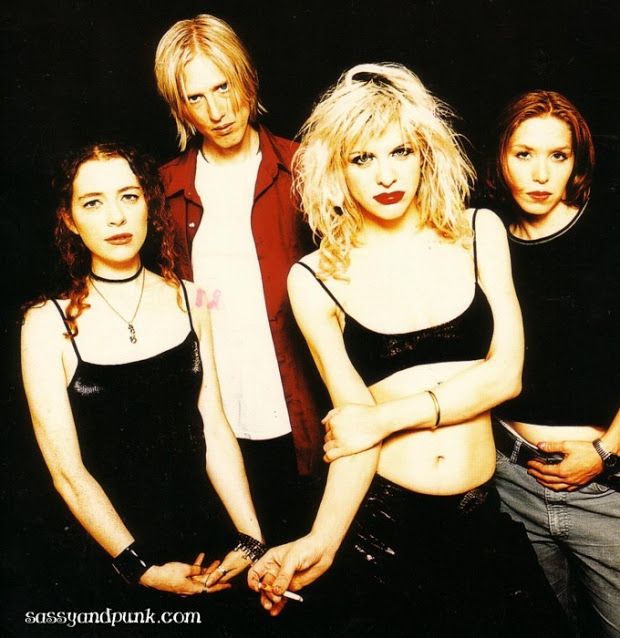 Courtney was married to The Leaving Trains frontman James Moreland for a very brief period in 1989, failing to make their way across a year mark. Her second marriage came from her intimate romance with Nirvana singer Kurt Cobain.

They met at the Satyricon club in Portland and married each other on a Hawaii beach in 1992, shortly after the success of Nirvana's album Nevermind.

Love has a daughter, Frances Bean with Kurt. The marriage saw horrible tragedy as Kurt Cobain committed suicide out of deep depression after Love’s joint drug abuse with him began to escalate.

However, the tragedy didn't stay long, evident from Love and Edward Norton's popular romance from 1996 to 1999. They were even engaged at one point.

Since Kurt’s death, Love has had many tentative affairs with a multitude of American musicians including Scott Weiland and Billy Corgan. Love was also speculated to have had a fling with Jamie Burke back in 2006. In 2007, she dated English comedian Noel Fielding, while in 2009 she was rumored to be dating Mickey Rourke.

Currently, Courtney Love's net worth is estimated at $150 million, hugely inherited from her husband Kurt Cobain, after his death. However, she claims she has lost most of the inherited money, due to her lifestyle, in 2014.

Sources claim that she was slapped with a lien from the IRS for $568,674 after failing to pay her taxes in 2016. The same source reported back in December that she tried to settle her previous debts by paying 320,000 USD.

Love owned a house in Beverly Hills back in 1997, which she bought for about 3,000,000 USD from Ellen DeGeneres, but sold in 2001 after having bought a condo in New York.

Love then moved to her fourth-floor loft in a luxury warehouse building in New York City’s SoHo hood. She paid $2,647,500 for the 4,123 square foot sprawler located in the same swank boutique building.