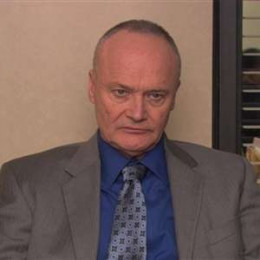 Creed Bratton is an American actor, musician, and former member of The Grass Roots mainly known for playing a fictional version of himself on "The Office" on NBC. He had a interest in music since his childhood as both of his parents were involved with muical career. Creed used to perform in school and college programs frequently. He previously worked in collaboration with many musical bands but later started his solo career since 2001.

Creed Bratton married twice in his life. He divorced his first wife after eight years of marriage. Soon after detachment, he got married to Claudia Anderson which has been sustaining till date. His major works as an actor include American Bandstand, The Hollywood Palace, Playboy After Dark, Eight is Enough, Today, Labor Pains, Terii, etc.

Creed married Josephine after few years of dating. They were married for about seven years and then they got separated.

After divorce with first wife, Creed got married to Claudia Anderson. They are happily married till now.