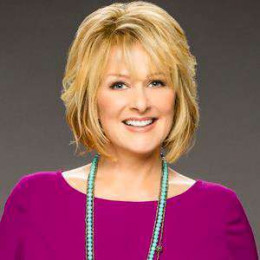 Cristina Ferrare, an American actress, television talk show host as well as a former fashion model, is currently married to Anthony Thomopoulos, a TV executive. She was born to father Tavio Ferrare, a butcher and mother Renata. Cristina started her modeling career during her teenage. After starting her modeling career, she signed contract with 20th Century Fox film studio and started formal acting career from 1968.

Currently, Cristina is married to Anthony Thomopoulos. She has been married thrice. Her first marriage with Nicholas Thomas lasted only for two years. There are no signs of separation with Anthony till now.

Cristina Ferrare was born on 18 February 1950 in Cleveland, Ohio to the family of Renata and Tavio Ferrare. Her father worked as a butcher. She has a sister named Diana Bisutti. Diana's daughter Danielle Bisutti is a renowned American actress and singer.

Nothing makes my heart heart happier than to see sisters who are close, love, respect and support each other through thick and thin. They have each other’s back. It brings me joy beyond what I can adequately express. It’s the best feeling in the world. You are my rock too! My heart is full, @alextcooks @moderndaygf #sister #sisters #unconditionallove #sistersday

Her family belongs to Northern Italian descent. She was just 14 years of age when she shifted to Los Angeles, California with her family members. It's the same place where she received her first modeling contract.

Cristina Ferrare had a brief speaking part in a Batman TV episode. Ferrare owns a brand called Ferrare With Company and has worked as a jewelry, home accessories and furniture designer on behalf of the Creative Brands Group.

She performed in the 1968 movie The Impossible Years with David Niven. Also starred in J.W. Coops in 1971 opposite Cliff Robertson.

She was the spokesperson for Max Factor; also worked as a TV host and presenter on several TV programs during the 1970s and 1980s including Men Are From Mars, Incredible Sunday, AM Los Angeles, and Women Are From Venus.

She is the writer of a number of books like Realistically Ever After, Cristina Ferrare’s Family Entertaining, "Cristina Ferrare Style: How To Have It In Every Part of Your Life", and Okay, So I Don't Have a Headache.

She worked on AM Los Angeles for four years alongside TV host Steve Edwards. Later, she joined the ABC TV series The Home Show with Robb Weller and The Home and Family Show with Chuck Woolery.

Ferrare has an estimated net worth of about $20 million at present. Details about her fortune including her assets like house and cars are not revealed yet. Despite all, she mentioned her beautiful 'Tumble Weed House' via Twitter in October 2013.

My new house!!! How cute is this!! Taking u through it on #HomeandFamily @tumbleweedhouse #house #cozy pic.twitter.com/TVXFI4nvFm

Previously, she listed her Wilshire Corridor condo on the market for $3.195 million. The luxury condo unit is an entertainer's dream home with 10-foot ceilings, an open floor plan, and direct elevator access.

As per her book entitled 'Realistically Ever After, she married a man in the year 1969 but they annulled it within six weeks later their wedding. The identity of the person including the reason behind their separation always remained a mystery.

She tied the knot to an automobile executive John DeLorean in 1973. DeLorean had adopted a son Zachary DeLorean before he married Ferrare. Later, the couple welcomed a daughter named Kathryn DeLorean. The couple separated with an official divorce in 1985. 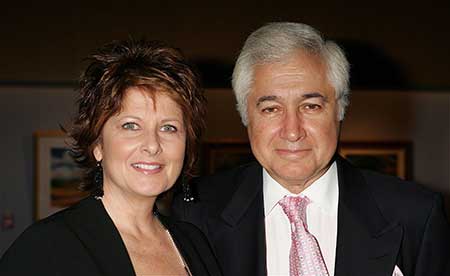 Her first husband was Nicholas Thomas. They had dated for an year and then decided to get marriage. Unfortunately their marriage only lasted for two years and then the couple got divorced.

Her second husband was an American engineer and executive in the U.S. automobile industry. She has two children from her husband. Her second marriage lasted for twelve years.

Currently, she is married to Anthony Thomopoulos. He is a television as well as film producer. She has two children from him.

She has two children from her second husband from which one is son and his name is Zachary DeLorean.

Another child from her second husband is a daughter named Kathryn DeLorean. There is no more information about Kathryn.

She has two children from her current husband from which her first child from her second husband is a daughter. Her third daughter's name is Alexandra Thomopoulos.

Her second child from her second husband is also a daughter named Arianna Thomopoulos. Arianna is an actress.