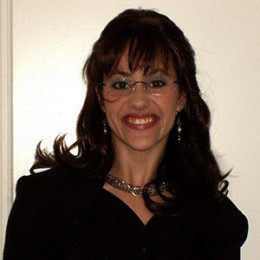 Born in the family of US Army, Spruill is mostly known as a professional American wrestler. Daffney is her most famous ring name among other ring names such as Daffney Unger, Lucy, Lucy Furr, Shark Girl, Shanon, Draculetta etc. She was born in Germany while her father was serving for United States Air Force base there. Her family returned to United States in 1976 moving to Salt Lake City, Utah. They moved from there to Savannah, Georgia and then to Scott Air Force Base in St. Clair County, Illinois. They finally moved to Oxford in UK and then again to Germany. Spruill graduated from Georgia State University in 1998 with a Bachelor of Arts degree in Film and Video production. She first started her work under Media production and went to become an actress. She got hired in World Championship Wrestling contest in November 1999, which was thus the beginning of her wrestling career.

Getting involved in the profession of wrestling, relationships did not work out well for Daffney. She married Rich Ward, a guitarist from a band Fozzy, at the age of 24. Later, their relationship did not work out well, so they got separated. She also dated the famous wrestler CM Punk in 2003. Talking about the rumors, she was rumored to be dating wrestlers Shannon Moore and Stevie Richards. She has worked in the movies as well, such as Santa Claus: The Movie (1985), I Surrender All (2001) and The Gorda (20140).

She married the guitarist Rich Ward for a short time. Later they got separated and Ward got remarried to Julie.