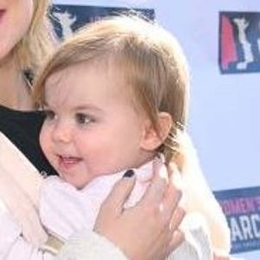 Daisy Josephine Sudeikis is a celebrity daughter born in 2016 to director & actress Olivia Wilde and actor Jason Sudeikis. Daisy is enjoying her childhood with his elder brother named Otis Sudeikis, born two years before her. Well, for the little Daisy, she celebrates her birthday on October 11 every year. 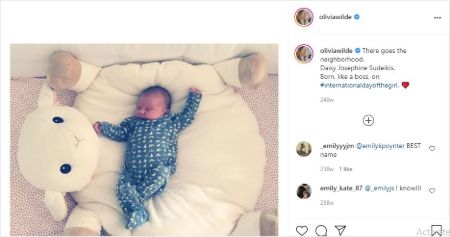 In addition, the dotting mother of Daisy, Olivia, took on her Instagram to announce the joy of her daughter's birth and wrote: "There goes the neighborhood. Daisy Josephine Sudeikis. Born, like a boss, on international day of the girl."

As for now, Daisy's father and mother are estranged. But the parents make sure that children who are the heart of the family's relationship stay their main priority. So, Olivia and Jason's co-parent's Daisy and Otis by maintaining their strict privacy.

Well, the parents of Daisy Sudeikis, aka Olivia Wilde and Jason Sudeikis started to romance in November 2011. Shortly after a holiday in 2012, Sudeikis went on one knee and proposed to his then-girlfriend with an engagement ring which Olivia happily accepted. 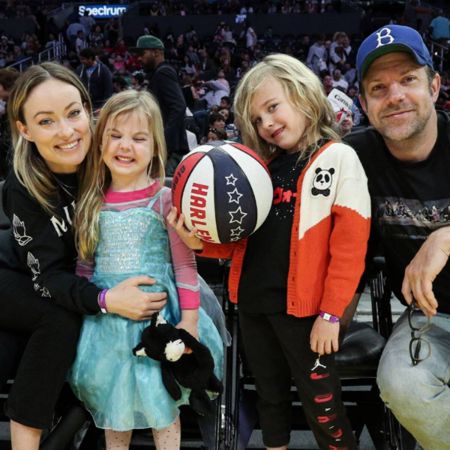 The family of Daisy Josephine Sudeikis during a live basketball game. SOURCE: Pinterest

Technically, the love birds never tied the knot but welcomed their two kids in 2014 & 2016. Little did anyone knew that the fairytale love story was coming to an end after the Booksmart director and the Ted Lasso actor would separate after their engagement of more than seven years.

Further, Jason & Olivia decided to call it quits in November 2020 after several months of engagement split speculation. But, the reason behind the sudden parting of the ways is still unclear; extra affairs might be the main factor.

Olivia Wilde wasn't Jason's first wife as Sudeikis previously married 'Pitch Perfect' and '30 Rock' writer Kay Cannon in 2004. Interestingly, at age 18, Jason eloped with Kay, but the marriage proved to be short-lived, as only after five years of togetherness the two got divorced in 2010. The actual cause of divorce is not learned as Jason never talked about it anywhere publicly. 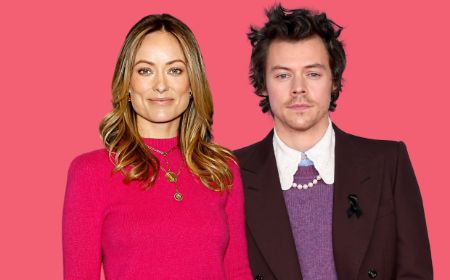 Meanwhile, Olivia Wilde, after the split, is dating former One Director member Harry Styles. The lovers remained romantically close since meeting on the set of Don't Worry Darling in September 2020 & sparked romance rumors when the two were seen holding hands at Style's manager's wedding.

After Style finished shooting My Policeman, Olivia & Harry enjoyed a relaxing weekend on a yacht in Monte Argentario, Italy, in July 2021. Also despite their huge age gap of nine years, the relationship between Harry and Olivia seems to be going stronger. Even though the pair have been focused on their own projects, they continue to spend time with one another whenever possible.

How rich is Daisy Josephine Sudeikis?

Daisy Josephine Sudeikis is very young to pursue any income-generating profession and depends on her lovely parents for a living. But being born in a celebrated household, little Daisy doesn't need to bother about anything.

Watch the video of Jason Sudeikis & Olivia Wilde together on Ellen Show below.

Speaking of Daisy's father, Jason possesses $20 million. Jason came to the limelight after his realistic and comical roles in shows & hit movies like Horrible Bosses, Saturday Night Live, and 30 Rock. Recently Jason gained more popularity being part of a promotional campaign for NBC's coverage of EPL in which Sudeikis portrayed Ted Lasso, an American football coach.

On the other hand, recipient of an Acting and Activism Award, Olivia Wilde has summoned the staggering net worth of $20 million. Thanks to her continuous effort in the entertainment industry. Her notable directorial works can be seen in Free Hus and Wake Up while she acted in hit movies such as Tron: Legacy, Cowboys & Aliens, and The Lazarus Effect.

In 2014, they bought a 6,400 square foot, 9-bedroom Brooklyn townhouse for $6.5 million. At present, Daisy Sudeikis and her family live in $3.49 million mansions in California. The property includes a 4 bedroom home, pool, and gym situated at 2,833 square feet.