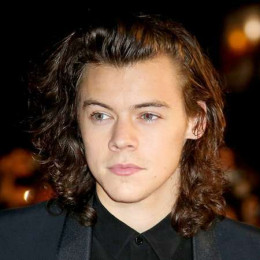 Harry Edward Styles is a famous British singer and songwriter, best known as a member of the boy band One Direction. He got world-wide attention first after appearing as a contestant on the British TV series The X Factor and later as a member of One Direction. Being associated with the Band, he has won several awards, such as 2 BRIT Awards and 4 MTV Video Music Awards. He is the proud son of Desmond Styles and Anne Cox.

He is still a bachelor and is single as well, which might be very good news for his lady fans all around the world. As it is obvious, being so charming and popular he has been through lots of serious relationships and breakups. He has dated lots of pretty ladies in his past days. After getting romantically linked with Louis Tomlinson, there are lots of questions raising on daily basis about his sexuality of being gay.

In 2021, at the 63rd Recording Academy annual ceremony, Styles won his first Grammy for Best Solo Performance for Watermelon Sugar. Styles also became the first member of One Direction to win the accomplishment.