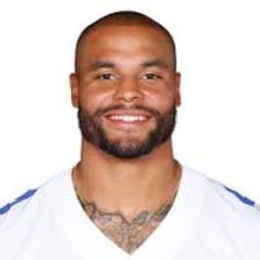 Dak Prescott, an American football player, plays as a quarterback for the Dallas Cowboys of the National Football League. He placed many Rookie quarterback records and titled the NFL Offensive Rookie of the Year. The athlete who earned a Pro Bowl Selection is sparking dating rumors with a Instagram star Natalie Buffett. Is that true?

Prescott has been dating Natalie Buffet, a model and a social media influencer for a while now. The couple started seeing each other from April 2020 and came officially when Natalie Buffet posted a birthday wish for him. The pair announced their coming-out party Thursday through an Instagram post. Later, she entered the season being an NFL star's girlfriend. 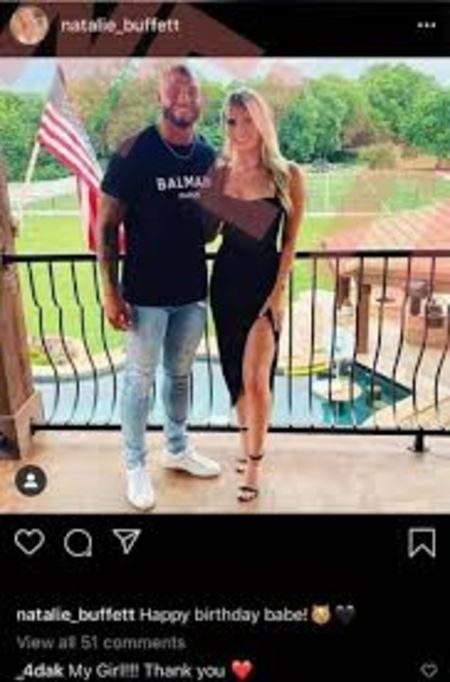 The social media star wished her boyfriend, the Cowboys quarterback a 27th happy birthday. In addition to that, she posted a snapshot of the two together on the occasion of Dak's 27th birthday. Natalie captioned "Happy Birthday Babe" with a heart emoji on the post. Meanwhile, Prescott replied "My Girl" Thank you with a similar heart emoji on the comments sections.

Regardless of Buffett's account privacy, Egolastic Sports screenshotted Buffett's post which since created a buzz around the world.  Natalie feels proud to be in a relationship with a Cowboys quarterback who's struggling for one of the biggest contracts in National Football League history.

Dak Prescott has a net worth of $2 million according to Celebrity Net Worth. In 2018, he had a base salary of $600,000. He also earned big bucks from endorsing brands and signed deals with DirecTV, AT&T, and Panini America (a card company). 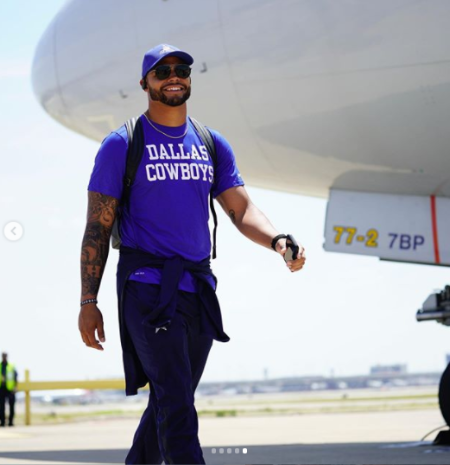 His endorsement deals and insurance policies are worth more than $50 million. By comparison, Prescott is set to generate a basic salary of slightly more than $2 million during the 2019 season.

Based on the last performance, and recent quarterback contracts, he has a projected market value of $31 million per year. According to multiple reports, Dak is seeking up to $40 million annually.

Needless to say, the Cowboys have committed over $185 million in guaranteed money to several star players this offseason including rushing back, Ezekiel Elliot, defensive lineman DeMarcus Lawrence as well as linebacker Jaylon Smith.

Dak Prescott “Rayne Dakota” was born on 29th July 1993 in Sulphur, Louisiana, to parents Nathaniel Prescott and Peggy Prescott. He stands at the height of 1.88 m and weighs 108 kg. Prescott is the youngest child born. His mother died of colon cancer on 3rd November 2013.