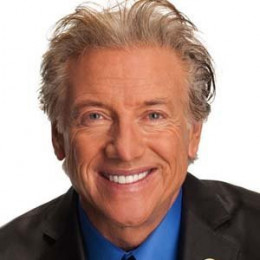 An American award-winning meteorologist Dallas Raines has amazed us with his success. He is a certified Meteorologist by the American Meteorological Society and is a chief meteorologist at KABC-TV in Los Angeles. Raines was born to father Riley Gene Raines and mother Sybil Jeannette Hambrick. Raines studied earth science with an emphasis on meteorology and broadcast journalism from Florida State University. He left CNN to join KABC-TV in 1984.

He is married to Danielle W. Raines and said to have three daughters. However, he has not revealed more information about his family. If she's convicted she could get up to four years in prison. The actual reason for this incident is not disclosed. However, it is believed that due to the problem with her husband she might have created this issue.

Dallas Raines was born in 1954, in Los Angeles, California, the U.S. He belongs to the white ethnicity and holds an American nationality.

Raines joined Florida State University and received his Bachelor of Science degree as well as he studied broadcast journalism and earth science with an emphasis on meteorology.

Later, he teaches at California State University, Northridge about the weather in the geography department.

Dallas began his career as a weatherman in Baton Rouge before moving to CNN to run its national weather coverage. However, in 1984 he left CNN to join KABC-TV as a meteorologist and then became a weekend evening anchor.

Raines is popular for his moves during his forecast, such as the "Dallas dip", the swirl, the fist pump, and the golf swing. Currently, he served as the chief meteorologist for ABC7 Eyewitness News, providing weekday evening weather reports.

He was out of his professional career because of his health issues.

Well folks I have been out for the last couple weeks cause I hurt my back & had to get a little back surgery. I am still a little sore but I am getting stronger every day! So I should be seeing you all again very soon. #weather #abc7eyewitness pic.twitter.com/oQCCZliS5L

He updated his fans that he'll be back very soon!

Dallas is a married man, he ties a knot with Danielle W. Raines. The duo exchanged a vow in an intimate ceremony in the presence of their close ones.

Dallas shared three daughters with his wife. Recently, his wife charged with beating and trying to strangle daughter during the car ride.

Once Raines was diagnosed with Prostate cancer. He fought a long and painful process of fighting Cancer and was awarded man of the year by American cancer society for his bravery and the spirit of not giving up on life.

The 5 feet 9-inch tall meteorologist has earned an astonishing net worth from his career of $3 million. His salary is estimated at around $500 thousand.

Despite that, he is living a lavishing life. He owns two 1971 DeTomaso Pantera and 1973 DeTomaso which costs around 2 hundred thousand dollars.

He also owns a Honda Sadan which costs around USD 20,000. He owns a luxurious house too which cost $3.498 million.

Dallas has been married to Danielle and is parent of three children. We do not have enough information about children and his relationship with his wife.

She is the first child of her parents. There isn't much information about her.

She is the second daughter of Dallas and his wife.

Information related with her still under wrapped.