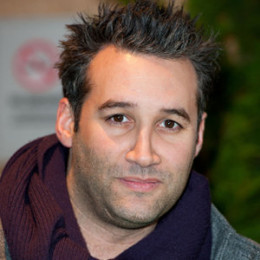 Dane Leon Bowers is a singer, songwriter, DJ and record producer, best known as the member of R&B boyband "Another Level" until the band members split up in 2000. He is noted for appearing on Celebrity Big Brother 7 and the celebrity version of Come Dine With Me. In 2010, he made TV appearances on Loose Women on ITV1 and Live from Studio Five and has co-hosted Popstars: The Rivals as well.

Moving on to his personal life, he once was a married man but his marital relation didn't last long. He married his first wife in 2007 and separated with her in 2009. He does not have any kids with her but has a son from one of his past affair. He had dated several ladies in his past days but currently is single. Till now he has been a part of several controversies and has been arrested several times. He now lives in Coulsdon, London.

She is the first wife of Bowers, who used to be his personal agent someday. They were married in 2007 in Las Vegas.

He is the only child of Bowers, who was born in Sutton, London.