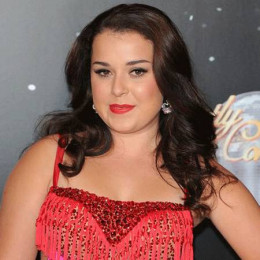 An English television actress, presenter and singer who rose into fame after starring as Tracy Beaker in Tracy Beaker Returns, broadcasted from CBBC. When she was just 6 years old, she made her big screen debut in musical program named The Who's Tommy. She attended Redroofs Theatre School. She has one younger sister named Betsy. She started her acting career by starring as acting role on an episode called "The Apprentice." of Pie in the Sky when she was 8 years old. She was also featured in the album Pop Princess which was released in 2009. After she appeared on BBC's Friday Download, Strictly Come Dancing, and CBBC continuity she gained more success and popularity.

Talking about her personal life, she is dating Simon Brough.  It seems like currently she is more busy in building her career rather than worrying about her love life. She is regular user of twitter and her fan can follow her on her official account named @MissDaniJHarmer to be more updated about her.