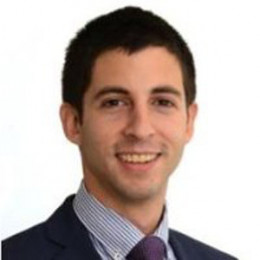 Dan Gregor is an American comedian, writer and producer. At New York University he became a founding member of the award winning sketch group "Hammerkatz ". He wrote and produced online shorts with his comedy troupe and began writing television pilots based on his stage shows. He was hired by producers of the CBS sitcom "How I Met Your Mother " and worked from 2011 to 2013. Gregor is currently a writer on The CW network show "Crazy Ex-Girlfriend" which was co-created by his wife and Aline Brosh McKenna. He also appeared onscreen on the show as the character Dr.Roth in the Season One episode "Why Is Josh in a Bad Mood".

While working on CBS sitcom "How I Met Your Mother " he met Rachel Bloom and after a six year relationship they were married on 25 January 2015. Rachel is also an actress, comedian and singer and has a great public profile.

The couple who got married recently are living together supporting each other in their professional career. The two have worked together in some of projects and are working today.

Talking about her married life and husband, she said,

"My husband is very important. I’m in a relationship that makes me feel secure, he writes on my show, we’re actually filming his episode right now."

Gregor's wife Bloom has a long history of mental illness. She frankly spoke about her being disgnosed with anxiety, depression and OCD.

He amassed a huge net worth and an attractive salary which is still under review. His wife Bloom has a net worth of about $2 million as of 2019.

He's penned an episode of Crazy Ex-Girlfriend, including How I Met Your Mother and The Comedians.

He has been recently married to Rachel Leah Bloom, an American actress best known for creating, writing and playing the lead role of Rebecca Bunch in The CW comedy-drama series Crazy Ex-Girlfriend.