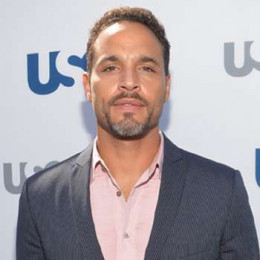 Daniel Sunjata Condon is an actor of film, television and theater who is of American nationality. He is known best, probably for acting as Franco Rivera in the FX series Rescue Me and as Paul Briggs Graceland. He was born in Evanston, Illinois to parents Bill and Catherine Condon and graduated from the Mount Carmel High School, University of Louisiana and Tisch School of the Arts.

Sunjata is a secretive person who chooses not to disclose the details of his personal life to the general public. He has never been known to be dating and is currently single as far as the news of the tabloids is to be taken into consideration. He has never been married, has no spouse and has no children yet. He has not been known to be dating anyone from the dating fraternity.