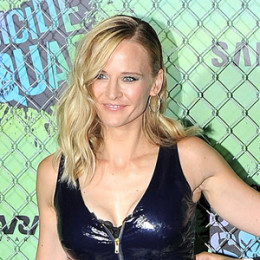 American actress Daniella Deutscher is best known for portraying the character of Julie Conor; the only girl on a boys' basketball team in the 1990s NBC teen television series, Hang Time. She has been active in the industry since 1995. She is married to Jay Hernandez, her former Hang Time co-star. No doubt, their love story started sometime while performing on-screen.

In addition, she also appeared on TV in the daytime drama The Bold and the Beautiful.

Born Daniella Maria Deutscher on October 4, 1975, she is also known as Daniella Wolters. She was born and raised in Bozeman, Montana along with her siblings. She is American by nationality and belongs to White-American ethnicity/race.

Deutscher completed her high school education from a local school in Bozeman. She used to be a good basketball player during her schooldays.

Later, she attended the University of Southern California (USC). Deutscher is trained in Taekwondo as well.

Danielle Deutscher started her career as a model in Japan. Later, she took theater classes in order to pursue her career in acting. During the time, she worked in plays like Shakespeare’s Midnight Summer Night’s Dream, The Crucible, and Our Town.

Deutscher started her acting career in 1995. She landed the role of Julie Connor on Saturday morning TNBC television series, Hang Time. The show ran for five years, and she was part of the series throughout its tenure.

The same year, she appeared in another television series, Drifting School, a spy thriller drama. Deutscher made her movie debut in Special Forces portraying the character of Wendy. Her acting in the movie was well appreciated by audiences and critics alike.

In 2005, she starred in the NBC TV series, Las Vegas. She also played Atlanna in TV pilot, Aquaman. The series was the most downloaded TV show on iTunes at the time and it received positive feedback from the audience.

Deutscher was also part of the hit soap opera series The Bold and the Beautiful. She cast alongside Ashleigh Brewer, Darin Brooks, Kimberlin Brown, Patrika Darbo in the series.

Danielle Deutscher is a married woman but has no children. She tied the knot with her long-time beau, Jay Hernandez in 2006 at an intimate ceremony. The duo first met on the set of Hang Time.

Javier Manuel "Jay" Hernandez Jr. is an American actor who made his debut in NBC's TV series, Hang Time. Hernandez has starred in popular movies such as Friday Night Lights, Hostel, Bad Moms, and Suicide Squad.

The couple has no children yet but according to some online sources, they are planning to have kids. Deutscher loves horse riding and spends her spare time playing basketball and racquetball. She is also a well-trained Taekwondo player. Though the couple doesn't have a child of their own, Jay posted an Instagram image with his on-screen daughter Ariana Greenblatt in October 2017.

My bad moms Xmas daughter @ariana_greenblatt is so adorable. Hope everyone enjoys the movie! #badmomsxmas

Deutscher has lived in Holland and Australia in the past. Currently, Deutscher lives in Los Angeles, U.S., with her husband, Hernandez.

Daniella Deutscher stands the height of 1.7 meters (5 feet 8 inches). She hasn't disclosed the exact figure of her net worth, but given her successful career as an actress, her net worth is possibly in millions.

Her husband, Jay Hernandez has also earned an impressive amount of money from his acting career. Hermandez has a net worth of $5 million, as per some online sources.

Deutscher is a married woman, she tied the knot with her long-time beau, Jay Hernandez in 2006 at an intimate ceremony. The duo first met on the set of Hang Time and eventually fell in love with each another.