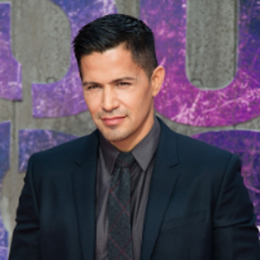 Teen Choice Award-nominated American actor, Jay Hernandez is famous for his roles in many hit movies and series including Suicide Squad, Crazy/Beautiful and others. He debuted in the film industry from the NBC series, Hang Time from which he gained much of the popularity and fan following as well. Through the series, he met the love of his life, his current wife.

Born as Javier Manuel Hernandez Jr. on 20th February 1978 in Montebello, California, Hernandez was raised by his parents, Isis (a secretary and an accountant) and Javier Hernandez Sr. (a mechanic) along with his two older brothers, Michael and Gabriel and a younger sister, Amelia. He is a fourth-generation Mexican American as per his ethnicity, Hernandez Jr. is an American by nationality.

He enrolled at the  Don Bosco Technical Institute in Rosemead, California and later, transferred to Schurr High School in Montebello. He met Howard Tyner, a talent manager while riding an elevator in Los Angeles who told him to pursue a career in Hollywood. Tyner even enrolled Hernandez into an acting school and sent his pictures to the casting agents.

Javier Manuel Hernandez Jr. debuted from the NBC series, Hang Time from 1998 to 2000 along with the cast members Daniella Deutscher, Megan Parlen, Anthony Anderson, Reggie Theus and Dick Butkus among others. After working in several series, he made his movie debut from Living the Life. But the movie wasn't that successful.

His next movie Crazy/Beautiful in 2001 by John Stockwell, however, collected $19.9 million at the box office and he even won a nomination for ALMA Award. He worked in the movie along with the stars Kristen Dunst, Taryn Manning, Bruce Davison, Lucinda Jenney, Rolando Molina, Soledad St. Hilarie and others.

Hernandez Jr also appeared as the lead in many series and movies including Carlito’s Way: Rise to Power, Hostel by Eli Roth, World Trade Center by Oliver Stone, Takers by John Luessenhop and so on. He is popularly known for his 2016 superhero film, Suicide Squad alongside cast Margot Robbie, Jared Leto, Will Smith, Cara Delevingne, Jai Courtney and Joel Kinnaman among others. In 2016, he featured in the series Scandal and a movie, A Bad Moms Christmas in 2017.

Hernandez exchanged his vows with his longtime girlfriend, Danielle Deutscher in 2006. Hernandez once shared the screen with his wife in the 90's sitcom Hang Time, and it was where he met her for the first time.

They were young when they started dating, and not famous, so their relationship wasn't in the media.  Later on, they began to appear in public at many events and ceremonies confirming their relationship. They have been married for a decade now.

Javier Hernandez' movie Hostel earned a box office collection of around $80 million worldwide. Also, his recent movie Suicide Squad collected a huge sum of $ 745.6 million worldwide. Hernandez has earned an estimated net worth of $5 million from his work in movies and series.

Jay Hernandez got married to his actress wife, Danielle Deutscher in 2006. The couple dated for a long period of time before tying the knot.