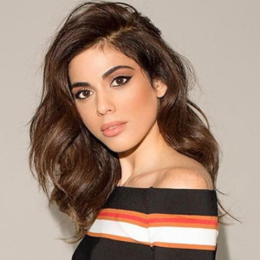 Love doesn't care if someone is older or younger. Well, an Israeli singer Daniella Pick and her spouse Quentin Tarantino's relationship, is the perfect example of it. Despite having an age difference of 20 years, the couple is successfully maintaining a peaceful relationship without facing any conflicts. Let's get into the article to know the details of the celebrity couple's married life.

Married Life With Her Boyfriend-Turned Husband

Daniella Pick met her future husband, Quentin Tarantino, in 2009. At that time, the filmmaker was promoting his film Inglorious Basterds. However, the two did not begin dating shortly. Later in 2016, the pair officially began dating; nevertheless, they went through several on-again-off-again relationship. 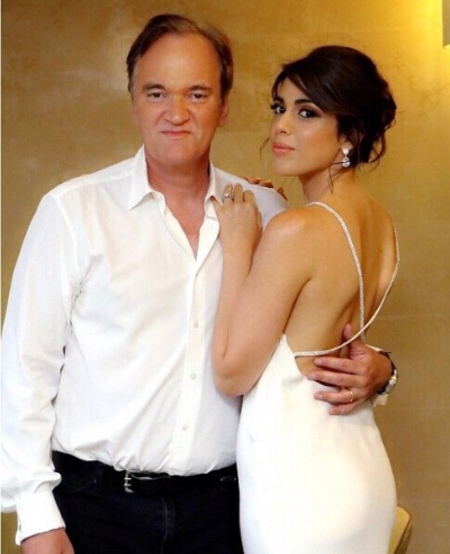 Quentin did not wait long, and after dating for just a year, he proposed his girlfriend Pick in June 2017. The lovebirds further conducted an engagement party in New York City in September 2017, where some renowned celebrities, including Bruce Willis, Samuel L. Jackson, and Uma Thurman, were present.

Similarly, without any delay, Pick, and her fiancee exchanged the vows after a year of their engagement on 28 November 2018. They tied the knot in an intimate ceremony in the presence fo their close friends and family in Los Angeles. 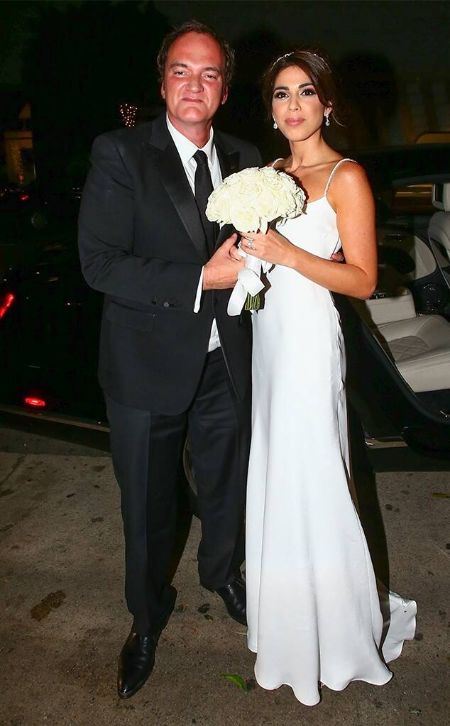 The bride walked down the aisle, wearing a beautiful white gown followed by a white veil. A sweetheart neckline and tiara further enhanced her beauty. On the other hand, the groom looked stunning on a black tuxedo. It is the first marriage for both of them as they were never married in the past.

When Tarantino was asked about his marriage in an interview, he told;

“I can honestly say that my taking stock is different than it would have been three years ago, four years ago or even 10 years ago. I just got married six months ago … I’ve never done that before and now I know why. I was waiting for the perfect girl.” 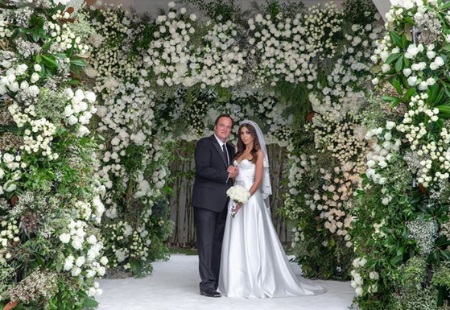 Quentin likewise revealed that he never married previously because the work monopolized his time. Since their wedlock, the husband and wife are together, and they are maintaining a peaceful relationship without being part of unwanted rumors and controversies.

An Israeli singer Daniella Pick and her hubby Quentin Tarantino are ready to start a family. They are expecting their first baby. Once Upon a Time in Hollywood director revealed the news in an interview on Wednesday, 21st August 2019. 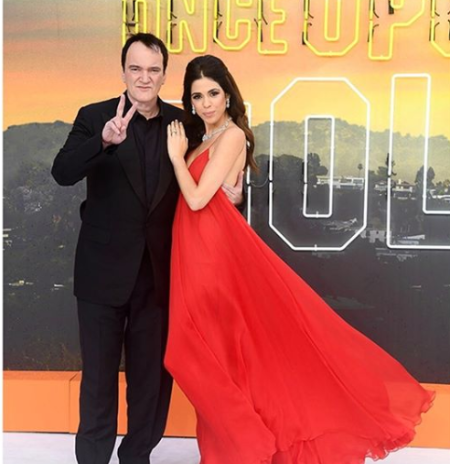 The source claimed that;

“Daniella and Quentin Tarantino are very delighted to announce that they are expecting a baby."

Moreover, they also revealed the gender of their soon-to born child. Well, it's a baby girl.

Rented A House In Israel

Shortly after the celebrity couple revealed about expecting a child, the new of their plan to rent a house in Tel Aviv also surfaced on the internet. In November 2019, they rented a home in the northern part of the city near Kikar Hamedina, a major plaza of high-end shops and restaurants.

Some people speculated that the pair are planning to raise their daughter there. The 5,000 square feet house features two floors. Likewise, Pick, and her spouse will be paying $23,000 per month.

Daniella Pick has a net worth of around $1 million. She is a singer as well as a model, and from her multiple professions, she summons a hefty amount of money. Pick began her career in music in early 2000 along with her sister Sharona Pick and ever since then; she is actively working.

Apart from this, her husband Quentin Tarantino is one of the wealthiest filmmakers with an overall net worth of $120 million. Besides filmmaking, he also makes a fruitful income from his own production company and acting.

An Israeli singer and model, Daniella Pick married her boyfriend Quentin Tarantino, an American filmmaker in 2018.