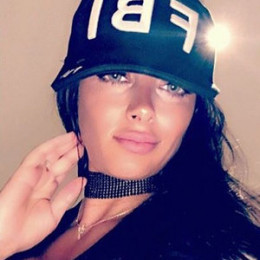 Daniella Semaan is the girlfriend of the Chelsea star Cesc Fabregas since 2011. Her boyfriend, Cesc joined Arsenal in 2003 from Barcelona and became the club's youngest-ever goalscorer. Cesc Fabregas broke into the first team at the start of the 2004/05 season and was made captain in 2008. Daniella's boyfriend Cesc Fabregas was Arsenal's most important player but the allure of a return to Barcelona proved too strong.

Daniella Semaan was previously married to Elie Taktouk in 1998 but they separated in 2011. They have two children named, Maria Taktouk, who was born on October 20, 1999, and Joseph Taktouk.

Currently, Daniella is a relationship with Cesc Fabregas since 2011. The couple has been blessed with two daughters Lia Fabregas was born on April 10, 2013, and Capri Fabregas. They welcomed a baby boy named Leonardo in 2017.

Semaan and her longterm boyfriend tied the knot in May 2018.

Her husband Cesc's current net worth is estimated to be around $45 million as of 2019.

Instagram star Daniella was born on 4 June 1975 in Lebanon. She has five siblings namely, Majd, Suzanna, Amir, Romeo, and Nazar.

She collected 2.4 million followers on Instagram. Her then-boyfriend (now husband) Cesc won the World Cup being the member of the Spanish national team in 2010.

Daniella Semaan was previously married to Elie Taktouk in 1998 but they separated in 2011. They have two children

Maria Taktouk was born on October 20, 1999 . She has one brother and has two step-sisters.

Joseph Taktouk has one sister and two step-sisters.

Lia Fŕbregas was born on April 10, 2013 . And she has one sister and two elder sibling from her mother's previous marriage.

Capri Fŕbregas has one sister and two elder siblings from her mother's previous marriage.