Home Article It's a Boy!!! Chelsea midfielder Cesc Fabregas and wife Daniella Semaan welcomed their third child; a son to this world

It's a Boy!!! Chelsea midfielder Cesc Fabregas and wife Daniella Semaan welcomed their third child; a son to this world 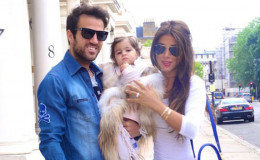 Cesc Fabregas and his wife Daniella welcomed their third child between them, a baby boy. Let us find out more about the news.

Known for his immaculate passes and his vision on and off the field Cesc Fabregas must be the happiest man in the world right now as he just welcomed his son to the world.

Scroll down below to find out more about the couple's journey together and the recent burst of happiness in their lives.

Cesc and Daniella-It's a Boy

Yes, you heard it right, the couple welcomed their third child together. Cesc announced the pregnancy of his wife back in October 2016. 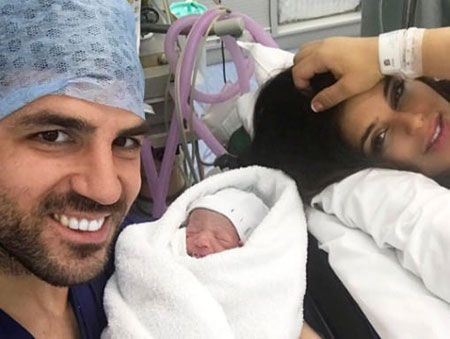 Cesc with his better half and his newborn son, Source: 101 Great Goals

And now after waiting for a short yet long 9-months, the couple welcomed their son into this world on 6th April 2017.

The duo named him Leonardo and Cesc even uploaded a cute picture of his son.

Tuesday night we welcomed our gorgeous boy, Leonardo Fàbregas Semaan to the world. A special Thank You to @daniellasemaan my love, for everything you have given me and being the bravest women on earth. I love you so much. Both mummy and baby are doing amazing.

The happiness for Cesc was not limited at that moment as he won the match against Manchester City, a few hours after the delivery of his boy. 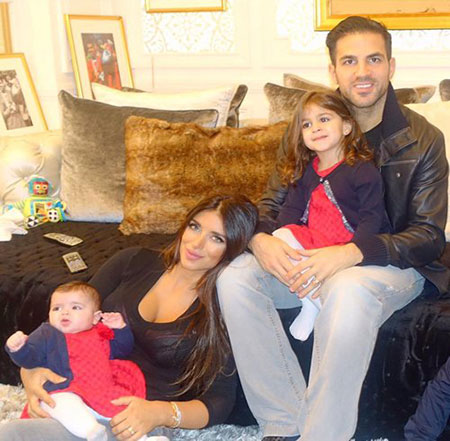 Fabregas and his adorable daughters, Source: The Sports Review 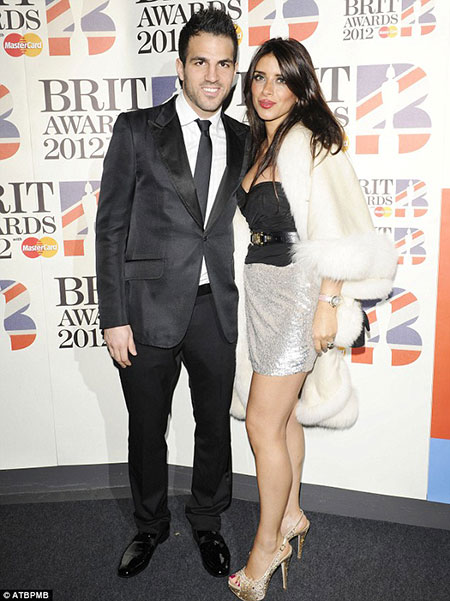 Fabregas with Danielle at the Brit Awards, Source: Daily Mail

Back in 2016, when Cesc came to know about his wife's pregnancy, he was in heaven. The amount of joy he had was overwhelming, to say the least.

Another baby is on the way, and this time it's a boy I couldn't be any happier I hope everyone is feeling as blessed as I am today. Cheers to you my love... @daniellasemaan #GodBlessMyFamily #ThankYouGod

Look at his caption and you'll know what we are talking about.

Well, cheers to Fabregas and his wife Daniella. Even though the couple had to face various obstacles like heat from Daniella's ex-husband Elie Taktouk, the couple persevered through all that. 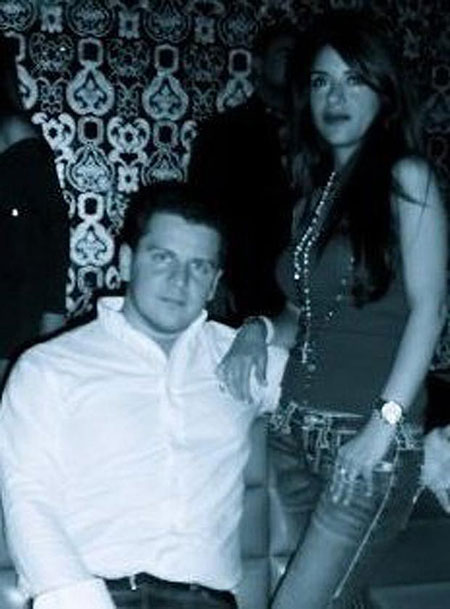 Daniella with her ex-husband Elie, Source: The Sun

Danielle's first marriage was with Elie and they had two children between them. Danielle and Fabregas first met in 2011, when she approached Cesc in a restaurant for his autograph for her son.

Chelsea's coach Antonio Conte has promised the brilliant player Cesc Fabregas to give him a bigger role for the next season asking him to play more regularly.

Conte held up a meeting with Spain International to make Cesc play more for the next season, stating that he wished Cesc had played more during their title winning campaign last season. 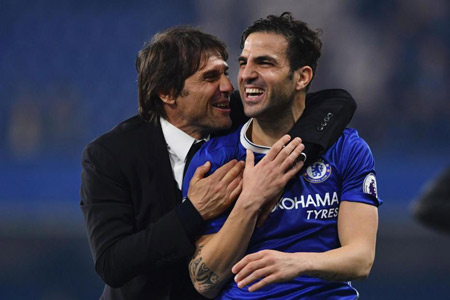 Cesc played just 18 games, last season but got seven goals and 13 assists in all competitions.

And now Chelsea will be back in the Champions League next season, and we hope to see Fabregas playing as a key member of the team.

All in all, we hope that the couple soon ties the knot and become one in the paper as well.