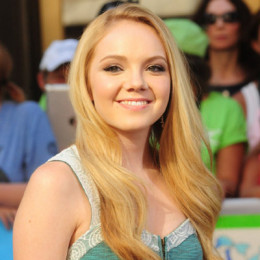 Danielle Bradbery is an American country singer who is recognized for winning the season four of the NBC's reality show The Voice in 2013. She became the youngest contestant of the show to have won the title. Her first studio album was released on November 25, 2013, which featured the popular song "The Heart of Dixie". Sister of four siblings including three half brothers, she is the daughter of Danny Bradbery and Gloria Redden Martinez. She had attended Cypress Ranch High School.

Danielle Bradbery is very young. She has just stepped on her career and she is working hard to reach the success and be on the top. She is currently single and she has never been married.

There are several records and rumors about her relationship or boyfriend. She dated her boyfriend, Brent Hernandez, for several years. She is just concentrating on her career now.

She is young and beautiful and she will surely have one nice boyfriend in the near future.

As per celebrity net worth, she holds a net worth of about $300,000 as of 2019. Further, she was popular from early in the competition and became the first contestant on the show to have a single chart in the iTunes Top 10.

She released her debut singer studio album, Danielle Bradbery in November 2013. She came with a new single "Sway" on 2 June 2017.