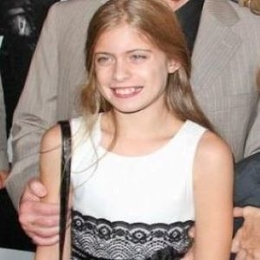 Danilee Kelly Norris is known to the public as the daughter of martial artist Chuck Norris. She is also an actress who was part of a few movies.

Danilee Kelly is a celebrity kid who is notoriously private about her personal life. Hence, Norris stays away from the spotlight and lives her life away from the limelight. 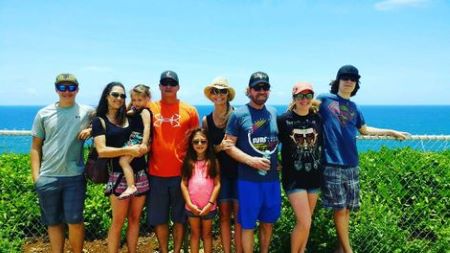 Danilee Kelly Norris with her family in Hawaii. SOURCE: Instagram

Who are Danilee Kelly Norris Parents?

Danilee Kelly's father is an American martial artist and actor Chuck Norris. He is known for movies such as "Way of the Dragon," "The Octagon" and "Code of Silence." Her mother is former model Gena O'Kelley.

Her father Chuck married mother Gena on November 28, 1998, after separating from his wife of thirty years Dianne Kay Holechek. Chuck and his current wife Gena are together for over 20 years, without any news of separation.

Danilee was born with the fraternal twin brother Dakota Alan Norris. They were born two months prematurely and remained the first three months of their life in the Intensive Care Unit(ICU).

Norris is also a half-sister to Mike Norris and Eric Norris. They are children born to her father and his first wife. Mike Norris is an actor who worked in movies such as "Born American" and "Delta Force 3: The Killing Game". Eric Norris is a former Stock Racing driver and a stuntman. 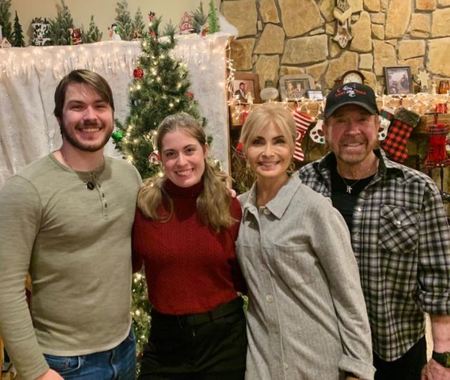 The star kid also has another half-sister Dina Norris from her father's extramarital affair when he was stationed in California in the US Air Force. Chuck was not aware of Dina's existence for a long time. He only became aware, when she wrote a letter to him explaining their relationship.

Diana learned about her father when she was sixteen; however, she wrote the letter when she was 26-year-old. She did not reveal earlier and kept away from him as she did not want to ruin his family. However, after learning the facts, Chuck insisted meeting on with her and now maintains a good relationship with her and her son Dante DiCiolli, a model. 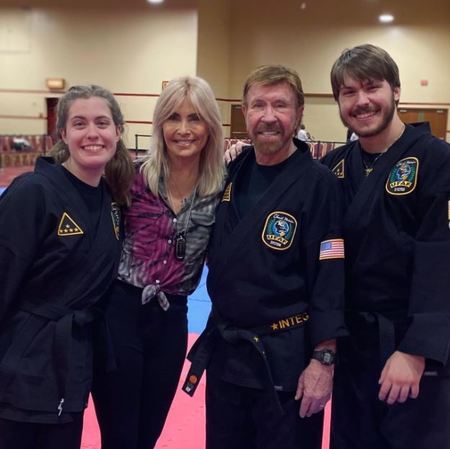 Danilee Kelly Norris and her parents and brother in a frame. SOURCE: Instagram (chucknorris)

Also, Kelly has two half-siblings Kelly Hinschberger and Tim Hinschberger from her mother's first marriage to Gordon Hinschberger. They divorced in 1988, ten years before her second marriage.

Danilee chose a life away from the spotlight. Though she appeared in a TV series as a child artist, she, however, remained out of the limelight all her life. She moreover is not even present on any social media sites as well. So, most of her personal life, including her romantic life, is a mystery.

Danielle is currently seventeen years old so she might be currently busy with her studies. Similarly, her twin brother is not available on social media. However, they both sometimes feature on their father's Instagram. 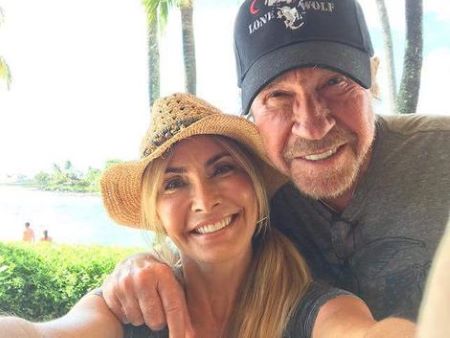 Danilee first faced the camera when she was still in the womb. Her mother was pregnant when she appeared in the show "Yes, Dear" in 2000. So, Danielle's IMDb credit includes "Yes Dear" as well. In addition, she worked as a child actor in the TV movie "Walker, Texas Ranger: Trial by Fire."On average, a child actor earns a median hourly wage of $17.49.

What is Danilee Kelly Norris Father's Net Worth?

Danilee Kelly's father Chuck Norris overall net worth is $70 million. He is an American martial artist, actor, film, producer, and screenwriter. In addition to that, he also served in the United States Air Force.

The star earned his wealth from an array of successful movies. His last film was "The Expendables 2" with Sylvester Stallone. The film earned $315 million against the budget of $100 million.

The star further is a Republican and has donated over $32,000 for Republican candidates and organizations. Similarly, he also provides funds to charities such as Make-A-Wish Foundation, Vijay Amritraj Foundation, Funds for Kids, and United Way.

Danilee Kelly's mother Gena O’Kelley is a former model, actress, and businesswoman. Her individual networth is estimated to be around $500 thousand. 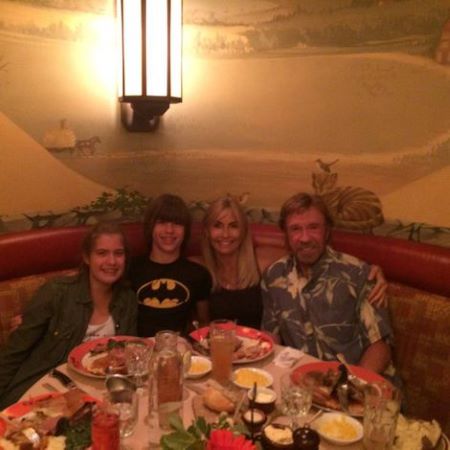 Danilee Kelly Norris with her brother and parents. SOURCE: Instagram