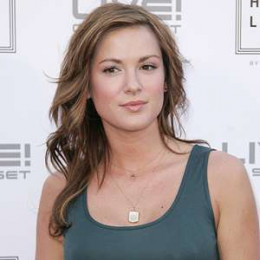 Danneel Ackles, also known as Danneel Harris, is an American actress and model best known for her roles as Shannon McBain on One Life to Live and Rachel Gatina on One Tree Hill. Her father is a practicing ophthalmologist and her mother works as an interior designer. Danneel was named after her great-grandmother. Before acting, Harris worked as a model with companies such as Big Sexy Hair and Juicy Jeans.

Danneel Ackles first appeared in a television commercial as an actress. In 2003, Harris did her first role on the American Broadcasting Company Soap Opera television series "One Life to Live" as Shannon McBain,a student attending the fictional Llanview University. She is married to Jensen Ackles and has a daughter with him. As of now, there are no signs of their separation.

Jensen Ackles is an American actor and director known for his roles in TV series Days of Our Lives. They have been married since 2010 and have a daughter together.

The romantic couple gave birth to their cute daughter in May 2013 after three years of their marriage. Justice looks adorable in the available pictures.