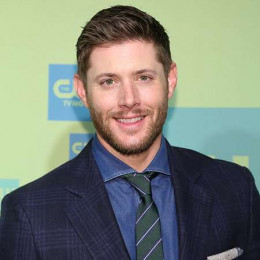 An American actor and director who is popular for his roles in television as Eric Brady in popular series "Days of Our Lives". For his role as Eric Brady, he was nominated for several Daytime Emmy Award.

Regarding his personal life, he is already taken. Jensen is married to his longtime girlfriend, Danneel Ackles with whom he wed after dating for three years. His wife is an actress, model, and gymnast. The couple got married in 2010.

Together they make a very cute couple. Till now no dispute and complication have arisen in their relationship which can hamper their marriage relationship.

Jensen Ackles has an accumulated net worth of $14million. His acting career is his major source of income.

Jensen Ackles was born Jensen Ross Ackles on 1st March 1978. He is a son to Alan Roger Ackles, an actor and Donna Joan.

Actually, Ackles was planning to study sports medicine at Texas Tech University but instead, his plan took new way and he moved to Los Angeles to start his acting career.

Jensen started his career in the big screen through several guest roles in Mr. Rhodes, Sweet Valley High, and Cybill. In 1997 he got his first big role in NBC soap opera Days of Our Lives. In 2008 he was cast in the remake of a movie named My Bloody Valentine 3D. He has also played the role of Jason Teague in popular supernatural TV series Smallville.

They first met each other while they were filming for short film The Plight of Clownana. Together they are parents of one beautiful daughter.

She is very pretty girl. The couple has given birth to a really beautiful child.