Danny Robert Worsnop is a British musician, best known as the lead vocalist of hard rock band We Are Harlot and ex-lead singer of metalcore band Asking Alexandria. Besides that, he is a good photographer, actor, and writer as well. These days he is busy writing music after being featured in the film Alleluia! The Devil's Carnival.

There is very bad news for all his lady fans. Looking into his personal life, Worsnop is married and officially off the market. But, who is the lucky lady who stole Worsnop's heart? Well, she is none other than navy Victoria Potter. 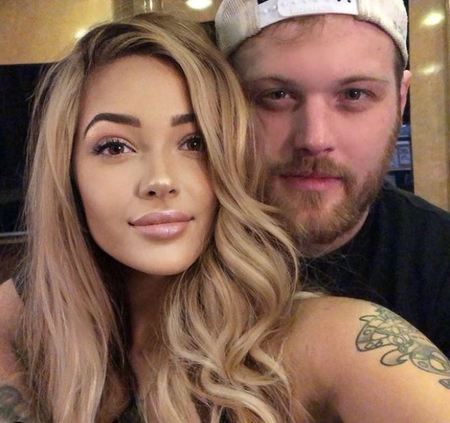 Well, Danny Worsnop is married to his wife Victoria Potter since February 2021 following their engagement in August 2018. The musician and his partner indeed opted for a secret wedding celebration in New Zealand where only family members and a single friend of Potter were in presence.

Further, Potter rocked a sleeveless tight white bridal gown while her musician groom rocked a black suit. Worsnop's wife shared a video from their big day on her Instagram page.

Apparently, Potter's uncle whom she considered as her father figure officiated their wedding while her aunt managed the wedding trip to New Zealand. And, marriage definitely looks good on Danny and his wife. 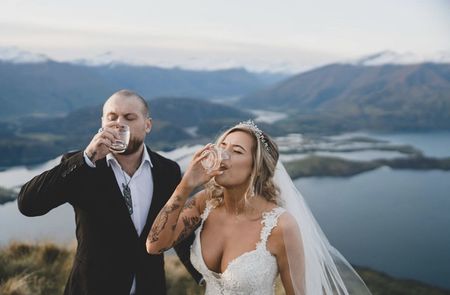 Danny Worsnop and his bride Victoria Potter got hitched in New Zealand in 2021. SOURCE: Pinterest

In the meantime, Danny and his wife are yet to start a family of their own. Mr. and Mrs. Worsnop seem to want to wait before embarking on the journey of parenthood. But, how did Danny met his wife?

Well, the love story of the singer and Victoria all began in 2018 when the two met at a meet and greet show while Danny was in Kansas City with his band. And, while it's not known how things escalated quickly between the two, Danny and Victoria shortly began dating after their first meet.

A few years ago, he was rumored of dating Lexus Amanda, but none of them spoke publicly in this regard. But, Lexus is not the only woman Danny was romantically linked to. Well, Worsnop also previously dated Sarah Ross. 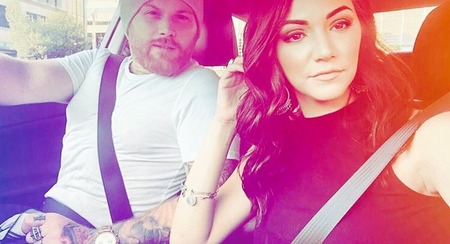 Worsnop was in a relationship with the Nashville-based singer for nearly a year from 2016 before they split in 2017 for unknown reasons. And, after a couple of relationship failures, Worsnop finally met the love of his life in 2018.

Talking about his sexuality, he definitely is not gay as he had dated several gorgeous ladies and has an attraction towards females. To check out his images and video collection we can follow him on Instagram @thedannyworsnop.

Career & Net Worth of Danny Worsnop

The talented musician Danny Worsnop is born a performer who learned to play the violin at the tender age of only 8. Indeed, Danny's musical journey began as a child when he began performing in the orchestra at his village.

In 2008, Danny joined band member Ben Bruce to form Asking Alexandria which has been successfully running in the industry since then. Not to mention, Danny with the band released successful albums including Like a House on Fire, self-titled Asking Alexandria, The Black, From Death to Destiny, and Reckless and Relentless.

Likewise, Worsnop is also a member of We Are Harlot and Heaven's Basement. And, Danny's musical career has been a successful one that he is often traveling around the world and performing. In fact, Danny is estimated to have amassed a colossal net worth of no less than $2 million, as per Celebrity Net Worth. No wonder, Worsnop has nothing to worry about financially.