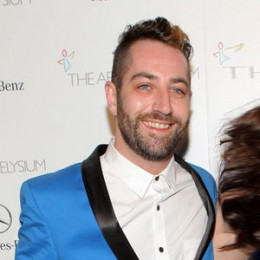 David Leavitt, better known by his seudonym, Davey Detal is an American visual artist, widely recognized as the member of the Los Angeles art collective, CYRCLE.

In 2010, Leavitt associated with artists David Torres (Rabi) and Devin Liston to developed CYRCLE. One year later after public recognition from an art piece they left on the gates of LACMA, their works started showing up in Los Angeles based art galleries.

Since then, Detail began traveling across Western Europe working on CYRCLE's, OVERTHRONE!, a campaign which began in London in March 2014.

Davey Detail was once married to American actress Rose McGowan in 2013. The former couple wedded in a romantic and ethereal ceremony on 12th October. However, their marriage life didn't work out as they have since separated. Detail and McGowan's divorce was finalized in November 2016.

Davey Detail was previously married to Rose McGowan, an actress on 12th October 2013. Their divorce was finalized in November 2016.