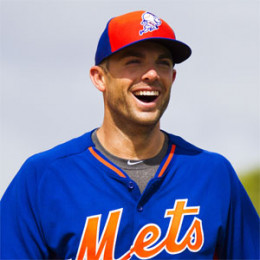 American professional baseball third baseman, David Wright is a son of Rhon Wright, a police officer in the Norfolk Police Department and Elisa Wright. Wright attended Hickory High School in Chesapeake .On 21st July 2004, he made his major league debut starting at third base against the Montreal Expos. Wright was selected to play third base for the United States in the 2009 World Baseball Classic. the David Wright Foundation.

David Wright married Molly Beers, a model .The couple has been married for 3 years since 26th Dec 2013.