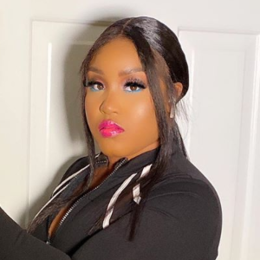 An American rapper, as well as a social media influencer, Daysha Taylor, is an inspiration for many youngsters who want to pursue their careers in the music industry and social media. Well, with her hardwork and dedication, Taylor reached the height of success. Taylor and her younger sister followed the footstep of their father, and they formed a musical duo called Taylor Girlz.

Daysha Taylor's professional life is as clear as crystal; however, she mostly keeps the details of her personal life under the radar. Taylor is secretive and prefers to keep her love life onto herself. To date, the rapper hasn't officially announced to be dating anyone.

Similarly, she is never surrounded by rumors about having an affair. Further, her social media walls are also mostly filled with pictures and videos related to her profession. 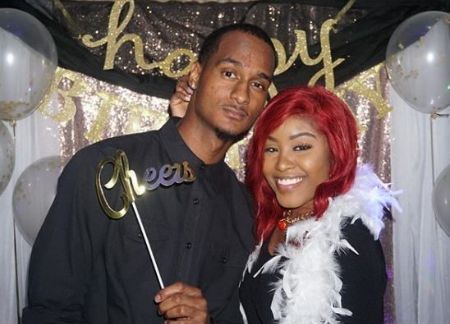 However, on 24th October 2019, with a guy and she captioned it, 'This man is so fine to me' along with a black heart emoji. Besides, she also tagged @fashionnovacurve. On the comment, some of her fans questioned if she is engaged. Further, one of the fans called them Power Couple.

Despite there were several controversial comments, Taylor did not reply to any of the comments. Similarly, on 2nd December 2019, the social media influencer shared a video with the same guy on her Instagram. On the caption, she wrote 'All I Want Is You' with a heart emoji. 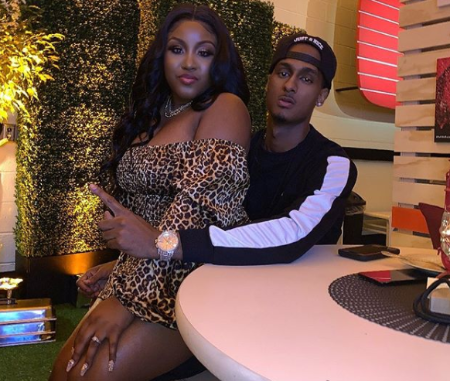 The guy on the picture shared by Daysha is active on Instagram with the name Quik V. He is a producer, artist, and Engineer. The guy is also seen posting photos of Taylor on his Instagram.

So, is Taylor dating the guy? Who knows? Until and unless she does not reveal the actual truth, we can't be sure whether the guy is her boyfriend or not.

Daysha might be secretly dating the guy but waiting for the perfect time to reveal the truth to the media. Or it could also be that he is just a friend or co-worker of her. Other than this, there are no other records of the rapper's past affairs and relationships.

Followed The Footstep Of Her Father

Daysha Taylor and her sister Ti Taylor got an inspiration to pursue their career as rappers from their father's rapping. Since a young age, the two began developing their own rhymes and later became the members of a musical group Tiny in 2013. 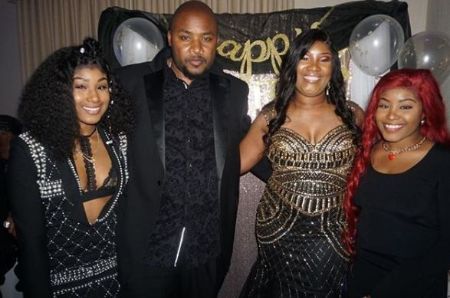 After working for a few years, Daysha and her sibling Ti left the musical group and created their own Taylor Girlz duo. They gained wide fame after releasing two singles, "Steal Her Man" and "Wedgie" in 2016, which was produced by Bolo D. Both of the songs further featured their other sister Trinity.

"Steal Her Man" even became No. 1 on Billboard's Bubbling Under R&B/Hip-Hop Chart, and its challenge video gained over 33 million views on YouTube. Similarly, RCA released an EP titled Who Are Those Girlz! of Taylor Girlz in February 2017.

They likewise have an independent label named TAYLOR BOI ENTERTAINMENT. From there, they released an album "No Cap" on 6th August 2019.

She Is A Millionaire!

Since a young age, Daysha Taylor began singing rap songs. In collaboration with her sister, she released a few hit singles. Taylor Girlz further released an album in 2019. From her flourishing career as a rapper, Taylor summons a good amount of money. 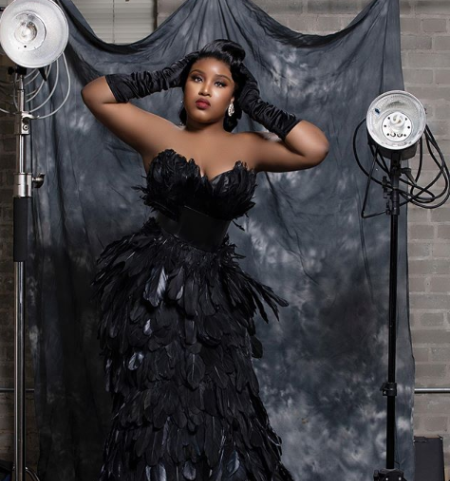 Likewise, she is also a renowned social media influencer like other personalities, including Yanet Garcia and Giselle Lynette. Daysha makes a fruitful income from her flourishing career and has maintained a net worth of $2 million as of 2019.