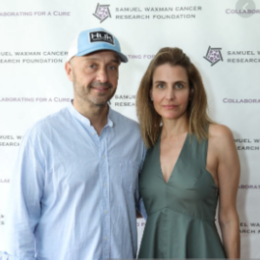 Deanna Bastianich is famous because of her celebrity husband, Joe Bastianich. Her husband is an  American restaurateur, winemaker, author, television personality, and musician. Moreover, he is a stern judge on Masterchef Junior who entertains us now and then with compassion and charm. He's built millions of dollars to his wealth from reality shows, restaurants, and writing cookbooks.

Deanna Bastianich met the love of her life Joe Bastianich  (born on September 17, 1968) through mutual friends in 1992. At that time, she was helping produce private-label handbags for the Associated Merchandising Corporation in New York. 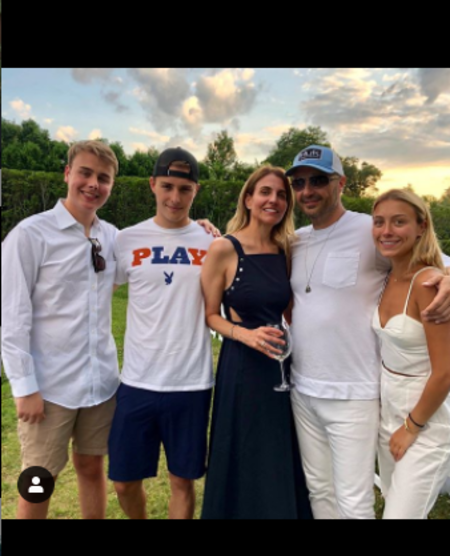 Deanna Bastianich as seen pictured with her family. SOURCE: Instagram

After a kindling romance for three years, she married Masterchef Junior Judge Joe Bastianich on February 19, 1995. The wedding ceremony was attended by 450 guests at St. Ignatius Loyola Church.

Ms. Bastianich changed her last name from Damiano to Bastianich as she moved into Joe's life. Deanna and Joe have been happily married for 25 years. To today's date, neither pair has been involved in extramarital affairs or divorce rumors.

However, Deanna's husband once became involved in a scandal after his comments at a Chinese contestant on Masterchef Italia. The audience complained that he made racist comments about Chinese men not being adequate and Chinese women giving him pedicures and manicures. Joe later released a statement of apology.

Deanna Bastianich is a Proud Mother

Deanna Bastianich is a proud mother of three children with his husband, Joe. The husband-wife duo welcomed their first child as a daughter, Olivia Bastianich, on January 4, 1998. Then, they became parents of a second child, a baby boy, Miles Bastianich, in 2000.

Then, after two years of the second baby, Deanna again gave birth to a son, Ethan, in 2002. Currently, the family lives a happy life in New York City.

Deanna Bastianich - Income and Net Worth

Deanna Bastianich is not as rich as her spouse, Joe Bastianich but generates a considerable amount from her job. She has been helping her husband in his business and managing the restaurants.

On the other hand, her husband, Joe Bastianich, possesses $15 million. His primary source of income is a career as a television personality, food writer, and of course, a restaurateur. In addition to judging a Masterchef Junior, he has been a judge on Masterchef Italia and MasterChef. Bastianich is an owner of three wineries in Italy, where he cultivates various grapes. 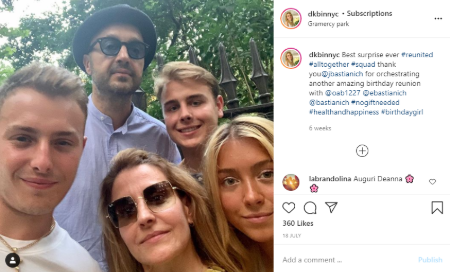 Before his engagement in the food industry, Joe worked on Wall Street as a bond trader for Merrill Lynch. The Queens, New York native was brought up in a culinary arts background which influenced him to pursue the same field later. 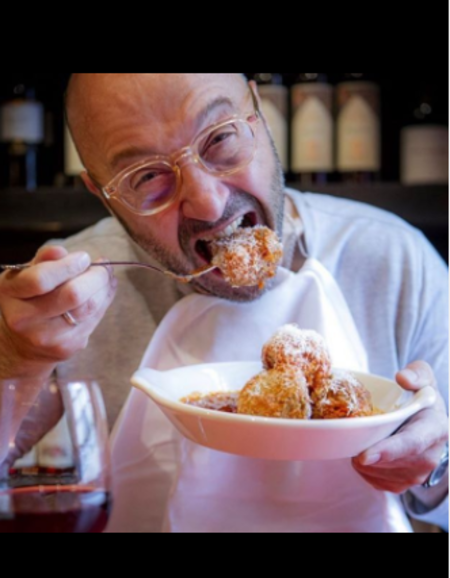 Joe's parents founded their first restaurant Buonavia when he was four. He was eleven when they purchased Villa Seconda. Later they sold the first two eateries and opened Felidia in Manhattan. Once Bastianich graduated from Boston College, he joined this field, making it a family affair.

As for Deanna, she is also an artist, aside from being a businesswoman who helps in handling her husband's restaurants. Deanna also enjoys pursuing photography and arts. The Instagram feed of Deanna Bastianich is dominated by random yet admirable pictures taken by Deanna.

Deanna Bastianich is a private person who likes to keep her personal life away from the social media eye. Hence, she has not disclosed anything about her birthday, family background and siblings (if they exist).

There are few details about Deanna's childhood available, but some genuine sources claim she grew up in a large Italian family. She holds an Italian nationality and belongs to white ethnicity.

Deanna is 5 feet 6 inches tall and weighs around 55 kg. Unlike her husband, Deanna prefers to keep her personal life in a private mode.

Deanna Bastianich is officially a married woman. She tied a knot with husband Joe and shares three children with him.

Olivia Bastianich is the eldest child to businessman Joe Bastianich and her husband Deanna. She has two siblings.

Miles Bastianich was born in 2000 to Joe Bastianich and his wife Deanna. He is the second child in the Bastianich family.

Ethan Bastianich is the third child to Joe Bastianich and Deanna. He was born in 2008. Ethan has two siblings MIles and Olivia.