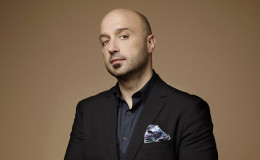 The long-lasting marriages with minimal or no conflict are often admirable. They provide hope that true love does indeed exist in this world. Joe Bastianich has certainly played his part in ensuring the strength of his amazing bond with his wife of over 2 decades aspires people to look for their own soulmates.

The couple is living blissfully ever since they shared wedding vows in the mid-90s. To top it off, the pair shares three adorable children making the entire family look absolutely delightful.

Joe Bastianich's Married Life: Is The Couple Still Together?

The Richy rich American restaurateur and his spouse Deanna Damiano are united as life partners for over twenty-four years now. Joe and Deanna currently reside in Los Angeles, U.S. with their kids Miles, Ethan, and Olivia.

Most notably, despite being hitched for decades neither of the pair is involved in extramarital affairs and separation. For the contestant of the
Friends Celebrities" Blue team it was love ay first sight.

Joe Bastianich is married to his wife Deanna Damiano. The couple tied the knot on 19th February 1995. The ceremony took place at St. Ignatius Loyola Church on the Upper East Side of Manhattan, New York City. 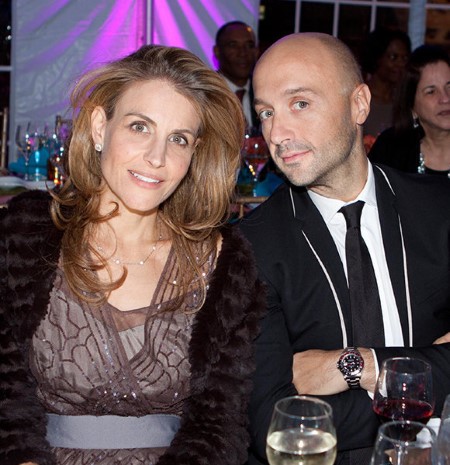 The wedding was attended by 450 guests including their close friends and relatives. The guests enjoyed their cocktail hour, drinking the rich wines and savoring orchestras as they accompanied their celebrations.

Earlier, the pair first met in 1992 through mutual friends. They soon got closer in an instant. In merely three weeks, the couple moved in together and often hanged out with each other's family. Like Bastianich, Deanna grew up in a large Italian family.

When it comes to their profession, this couple appears to be opposites. Joe is a well-known restauranteur while his other half helps to produce handbags for the Associated Merchandise Corporation which is located in New York City.

This delightful duo shares three children together named Olivia Bastianich, Miles Bastianich, and Ethan Bastianich. The couple welcomed their eldest daughter Olivia after three years of their married life in 1998.

On 27th February 2017, Deanna posted a family picture on Instagram. She joked in the caption that she was late because she was busy doing the laundry while her children and husband posted it already.

Better late than never... they all posted before me because I was busy doing all their laundry! #squad #allinonephoto @oab1227 @bastianich @ebastianich @jbastianich

Deanna is apparently a 'generous private woman' as described by her husband during an interview. Love and respect both tend to go hand in hand with this couple.

Meanwhile, in 2015, during their 20th Anniversary, Joe and Deanna went on a romantic trip to Paris. It goes without saying they love each other's company and the bond between the pair is definitely admirable.

In fact, the entire family of five looks absolutely adorable together. The couple currently resides in Greenwich, Connecticut with their kids who seem fully grown up now.

Initially, Joe was a bond trader who spent several years on Wall Street. He later gave up on this career and dived into the food industry.

In 1993, Joe launched his first restaurant, an Italian one named Becco (which means 'peck, nibble, savor') with a helping hand from his mother. 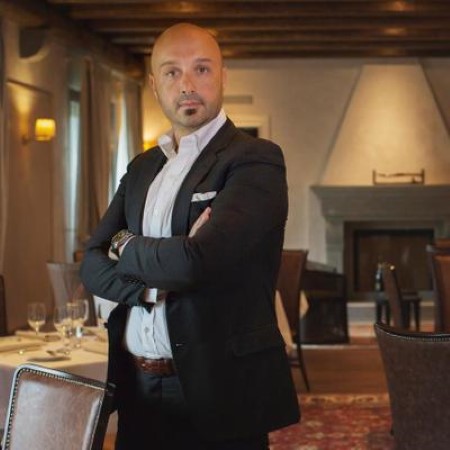 On June 22, 2015, the restauranter launched a grand reopening of a renowned restaurant in Milan named Ricci. He did so in partnership with Luca Guelfi, Simona Miele, and Belen Rodriguez.

Impressively, Bastianich is also a successful author. He wrote two award-winning books, one of which was on Italian wine. The other was his memoir titled Restaurant Man. It became a New York Times Best Seller within a week of its release in May 2012.

In addition, Joe features on CNBC's Restaurant Startup alongside Tim Love. The reality TV star has won numerous awards in his career. In 2008, the James Beard Foundation presented Joe and Mario the Outstanding Restauranteur Award. 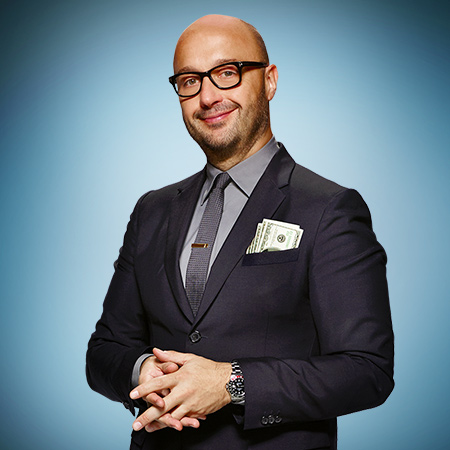