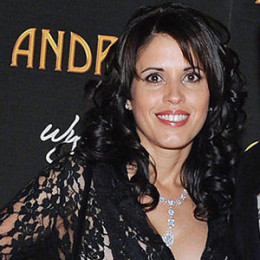 An American Legal Secretary, Deanna Burditt is the wife of business sensation and tv personality, Rick Harrison. Rick is famous for being the co-owner of the world-famous Gold & Pawn Shop. The shop was featured on the reality show, Pawn Stars.

Who is Deanna Burditt Married to?

Deanna Burditt is most recognized as the wife of American tv personality, Rick Harrison. The duo tied the knot on 21 July 2013 and the wedding took place at the Ritz Carlton in Laguna Beach, California with a sunset, oceanside wedding theme. Burditt and her husband, Harison married amongst 100 guests.

Burditt's three kids were her bridesmaid at the wedding while Rick's three sons were his best men, Danny Koker worked as the ordained minister and the performer for the wedding ceremony, likewise, Austin Russell, the Pawn Stars co-star served as a ring bearer.

The couple first met at Las Vegas in 2011. Instantly after that, they dated for two years before deciding to exchange their wedding vows. Harrison proposed Deanna with a 2 ½ carat diamond ring with a cushion cut. Astonishing isn't it?

5 years ago today. I am still the happiest man on the planet.

At the moment, the pair do not share any child together, though Deanna is a mother of three daughters from her past married life. The name of her daughters is a mystery at the moment.

Similarly, Rick is also a father of three children from his past marriages. The names of his three sons are Corey Harrison, Adam Harrison, and Jake Harrison.

Speaking about her past relationships, she already experienced the highs and lows of married life twice before meeting her current husband. 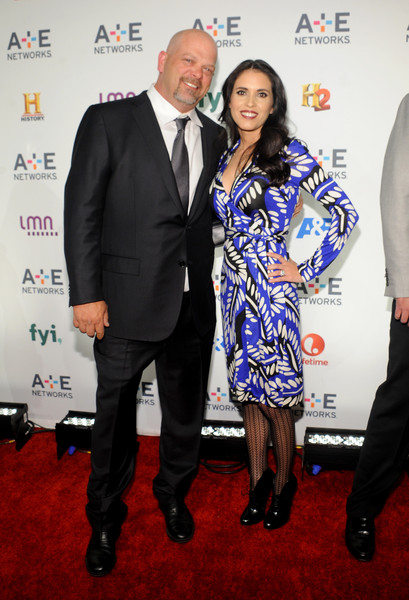 Previously, Deanna had been in marital relationships with two men in her life. She keeps her past affairs under the radar, therefore, information about her husband is still at large.

In addition, Burditt's husband, Rick divorced twice in his life. He married his first wife Kim Harrison at the age of 17 in 1982 when Kim was already pregnant with their child.

Afterward, the pair welcomed two children named Correy Harrison and Adam Harrison. The couple soon separated after the death of their second child Adam in 1985.

Rick married Tracy Harrison, his second wife after divorcing Kim. The duo was blessed with their first child, Jake Harrison. But just like his previous marriage, the couple ended their relationship in 2011.

What is Deanna Burditt Net Worth? Is She a Millionaire?

Deanna Burditt has an estimated net worth of $250,000. She works as an American legal secretary and the average salary of a legal secretary is around $65,000-$85,000 in the United States.

Besides, her husband, Rick has a net worth of $8million. The main source of the couple's wealth is Harison's business.

Deanna and her husband live a lavish lifestyle in their mansion located at Las Vegas, NV. The house looks beautiful and contains various luxury interiors. The house contains a gorgeous swimming pool in the backyard. 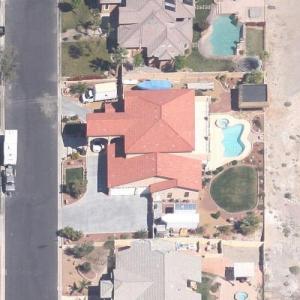 In addition to this luxurious house, Rick owns several luxurious cars which he uses from time to time.

He also appeared in the famous tv program series The Pawn Stars. He shared screen along with fellow actors like Chumlee, Richard Benjamin Harrison, Cory Harrison, Olivia Black, Craig Gottlieb. As an actor of the Pawn Series, he received $300,000 for his role.

Harrison was engaged with writing since his childhood and wanted to become an author as well. The dream came true when he published a biography called License of Pawn: Deals, Steals, and My Life at the Gold & Silver. The biography ranked #22 on The New York Times Best Seller list of 2011.

Deanna Burditt was born in the 1960s to American parents in the United States. She holds an American nationality and belongs to white ethnicity. However, her exact age and birthplace are quite mysterious. Further, she is private about her early life and there is no information regarding her family members.

Deanna wasn't known publicly until she began seeing Rick Harrison. Despite being a renowned celebrity wife, she still prefers to live a normal, low key life. Concerning her height, she stands at 5 feet and 8 inches. Moreover, the businessman's wife looks pretty with her black hair and brown eyes.

Deanna Burditt and Rick Harrison tied the knot back in 2013 in an intimate ceremony surrounded by their family members.