35-year-old American actor Chumlee is known from the show Pawn Stars. Chumlee dated Tanya Hyjazi back in days. Who is he dating now? Know about Chumlee.

Rising to the fame from a Pawn show, Austin Lee Russell professionally known by the name Chumlee is by far America's favorite Pawn stars. He gained huge popularity and is enjoying his professional life but what about his personal life?

Chumlee dated Tanya Hyjazi for a long time but are they still together or has he found someone new? Let's check out the relationship status of the Pawn star.

American Actor Chumlee is enjoying his fame in the industry but is a little more private about his personal life.

The reality personality has not been spotted with any lady romantically as for now. But looking at the past days, he was linked to Tanya Hyjazi for a long time. 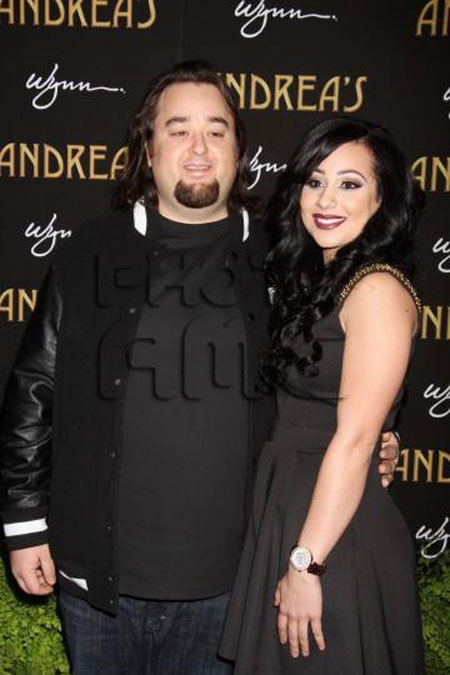 Chumlee with his ex-girlfriend Tanya

Tanya works as a chef at a Lebanese restaurant in Vegas. It was reported that the duo first met in 2013 and in March of the same year, they were spotted at the D Hotel celebrating Tanya's birthday. The couple had a pleasant time while dating. 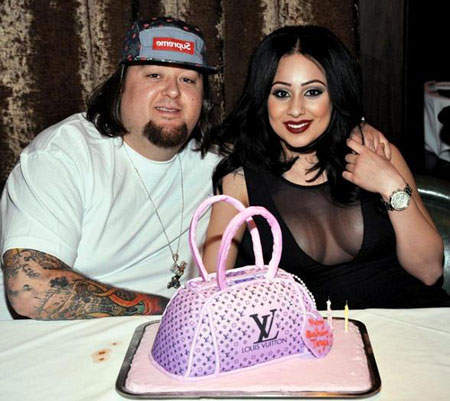 Chumlee surprised Tanya with a Louis Vuitton Cake on her birthday

The couple's relationship headlined when Tanya decided to get a boob job for which Chumlee decided to pay. Upon being interviewed he explained that Tanya wanted to pay for it but as she earned very less despite working hard and Chumlee could make the same in just 2 hours.

You May Like; Bethenny Frankel; is the Reality star Dating after two Divorces? Know her past affairs

Their news has been in the headlines for several years but faded away since late 2016. Some sources claim that the duo got married but scrolling down Chumley's Instagram it doesn't seem so. The couple has not been spotted since late 2016.

As the two are quiet about their current relationship status, we never know what's going on between them.

Have they already broken up? Who knows! Let's hope for the best for Chumlee's life ahead for his career as well as his love life.

There were plenty of rumors swirling around in 2014 that Chumlee was dead but guess what? He is still pretty much alive and it was all a hoax.

The rumors started after he tweeted,' May we live long, Rich forever'.

May we live long, Rich forever.

His fans were devasted from hearing the news. But on the same day, his boss, Rick Harrison tweeted about him still being alive and is ready to hit the sets.

Breaking news: CHUMLEE IS ALIVE & WELL! He is actually filming today but we all really appreciate everyone's concern!

Chumlee was once arrested for having illegal weapons at his house with loads of drugs. Police found that he possessed firearms including, shotgun, handguns, MP5 and several kinds of riffles. 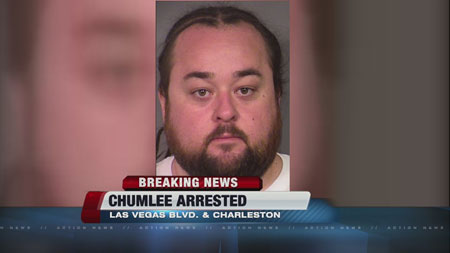 Chumlee was once arrested for possession of drugs and guns

He was bought into custody after the incident and was released the following day. Sentenced for 3 years of probation, the sexual assault charges against him were also dropped.

Chumlee Lost A Lot Of Weight!!

Pawn Star Chumlee is already seeing results after he went through a gastric sleeve surgery.

His weight was shredded quickly in less than a month and had already dropped 60 pounds. He says this is not it and has a long way to go as his goal is to drop 170 pounds. He said,

"I started at 320 pounds, and now I'm down to 225. When I first began, I eliminated all processed foods except mustard,"

He planned to hang a poster of Portuguese soccer player Cristiano Ronaldo after the surgery for fitness motivation.

The star follows strict diet plans of eating small meals of high protein food and exercise of course. He put on a lot of work to lose weight. Keep up the good work Chumlee! 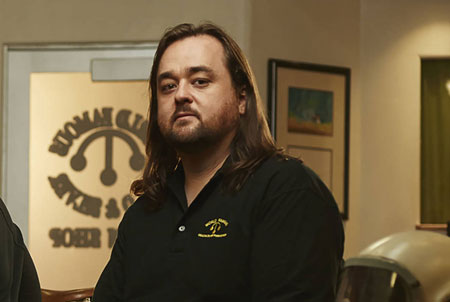