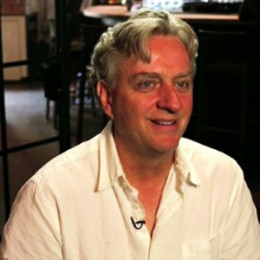 Three times Independent Spirit Award winner Declan Quinn is an Irish-American cinematographer and producer who is famous for his work on Leaving Los Vegas, Rachel Getting Married and In America. He was the member of the jury at the Berlin International Film Festival 2002. He is a married man and is blessed with four daughters.

Declan Quinn was born in 1957 to Teresa and Michael Quinn. She was raised in the city of Chicago, Illinois and is one of the five children of her parents. Her father is a professor of literature whereas her mother is a bookkeeper: also worked in a travel business.

When she was a teen, she moved to Ireland with her family. Later, she returned to the United States to achieve a degree in film from Colombia College Chicago. He is a close friend of actor Mike Bacarella and sound editor Suzana Peric.

He is sibling brother of actor Aidan Quinn and brother-in-law of Elizabeth Bracco.

Declan began his career back in Ireland where he met Bono and U2 at the Windmill Lane Studios in Dublin. There he participated in several music videos and documentaries U2: Unforgettable Fire and U2: Outside It’s America.

Later, he moved to the United States during 1989 and shot the movie, The Kill-Off which based on a 1957 novel of the same name by Jim Thompson. It was directed by Maggie Greenwald which starred Cathy Haase, Loretta Gross, and Andrew Lee Barrett.

During 1991, he served as cinematographer on Tim Hunter’s successful movie, Lies of the Twins which starred his sibling brother Aidan Quinn including Isabella Rossellini, Richard Harrison, Iman and Claudia Christina.

He has collaborated with director Mira Nair on five projects including Kama Sutra: A Tale of Love, Monsoon Wedding, Vanity Fair and Hysterical Blindness. From the movies, he received a nomination for the Emmy Award for Best Cinematography for a Miniseries and Movies.

An American drama movie, 2 x 4 directed and starring Jimmy Smallhorne .was one of his successful movie which won him the Cinematography Award at the 1998 Sundance Film Festival.

Some of his successful work in the movies include Leaving Las Vegas, Rachel Getting Married, In America, New York, I Love You, A Master Builder, Hot Tub Time Machine 2 and Ricki and the Flash.

He also worked in the television movie, The Heart of Justice in 1992. The television movie starred Eric Stoltz, Jennifer Connelly, Dermot Mulroney and Dennis Hooper. Also, he was one of the jury members at the Berlin International Film Festival in 2002.

Declan is married to Etta Quinn for a long time. The husband and wife are supportive to each other. They are proud parents of four daughters: Sarah Quinn, Rae Quinn, Alice Quinn and Stella Quinn.

There are no rumors regarding problems in their marriage or extra-marital affair which suggest that they are happily married with no intentions of getting a divorce.

Currently, the couple lives in the Orange County, New York along with his wife and four daughters.

Declan is one of the successful cinematography though his net worth is not revealed. But looking at his luxurious lifestyle, he probably has an estimated net worth more than seven figures.

Declan Quinn is married to Etta Quinn from a long time. The husband and wife are living blissfully in a relationship and there is no news regarding their divorce.

Sarah Quinn is one of the four daughters of Declan Quinn and Etta Quinn.

Rae Quinn is the second among the fourth daughter of Declan Quinn and Etta Quinn.

Alice Quinn is the third among the fourth daughter of Alice Quinn.

Stella Quinn is the last daughter of Declan and Etta Quinn.