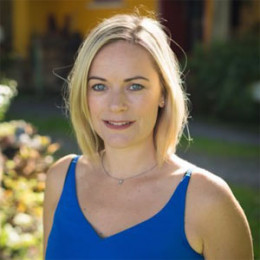 Deirdre Mullins is a famous Irish film and stage actress, travel writer. She is most famous for her role in TV series Man Down. She won BAFTA Best Actress Award, Scotland in 2017. She is equally famous in theatre and her most of her films are regularly nominated for the prestigious Total Theatre Award.

Deidre was born in the city of Dublin, Ireland and her ancestors are Irish. She did her schooling at Mount Temple Comprehensive School in Dublin. With growing interest in acting and theatre, she joined drama schools at her early age. She joined Trinity College in Dublin to study Drama & Theatre. 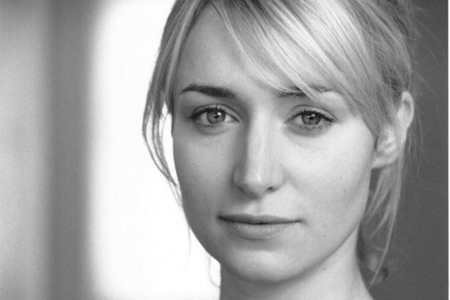 She couldn't complete the course there as she had to move Scotland. In Scotland, she again joined the University of St Andrews. In 2006, she graduated with a first class degree in English Literature. After completion of her graduation, she again pursued her acting hobby and started to learn the art. She trained at the Bristol Old Vic Theatre School from 2006 and 2008.

In 2008, she made her theatre debut at Redgrave Theatre. She performed the role of Viola in Twelfth Night by William Shakespeare. The same year, she performed another theatre act in Tobacco Factory Theatre in the Sue Wilson directorial A Month in the Country by Ivan Turgenev.

In 2009, she exposed herself to the different acting industry. In that one year, she did a movie, theatre and also appeared on radio. She made her first debut in UK movie Hard Times in 2009 as a character of Kate. She also did her radio debut in the Alison Crawford directorial BBC Radio 4 show Cavity as Jemma. 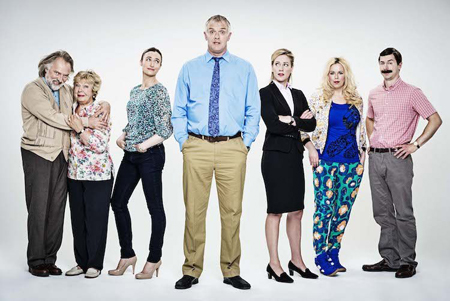 Poster of Man Down. Mullins with co-stars.
Source: Gettyimage

The same year, she did another two movies. She starred in De Troon as Joanna and grabbed more screen credits than her debut one. Next, she also played as a nurse in BBC crime drama series Ashes to Ashes.

Being involved in bigger projects, she didn't completely left the theatre and carried on her love to the stage. She performed in Thelma Holt Theatre as Mariana in Measure for Measure by William Shakespeare.

In her later career, she did multiple stints in high budget sitcoms. She became widely famous after her British sitcom Man Down by Channel 4 in 2013. She played as Naomi and appeared in almost every episode impressing the audience. She also appeared in the epic historical series Vikings in 2013 as a peasant woman. 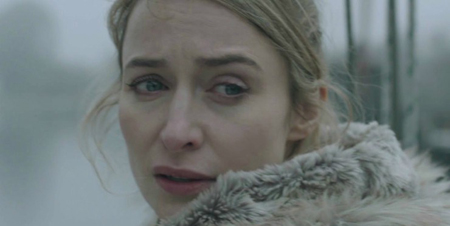 Later in 2015, she appeared in crime drama series The Frankenstein Chronicles. Another well-known performance is her role as Bebe Fontaine in Father Brown, the 2016 British drama series.

Currently, she appeared in American drama series about the fictional life of William Shakespeare, Will in 2017. Lastly, she has also played the lead role as a character of Claire for the movie The Dark Mile.

Her programme Man Down was nominated for Best New Comedy Programme in the British Comedy Awards in 2014 and her performance was well praised. In 2017, Mullins won a Scottish BAFTA for Best Actress for the movie The Dark Mile. 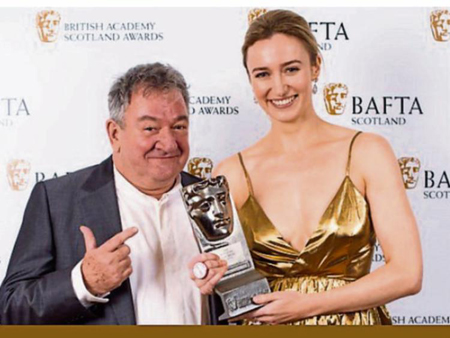 Her directorial debut Mary Zimmerman’s Metamorphoses nominated The Scotsman's Top 5 shows. Also, she grabbed huge appreciation in Edinburgh Fringe 2006 for her work as a director. It was also inducted into Time Out’s Top 3.

Deirdre is an all-rounder performer, she didn't miss any field to showcase her talent. With all the hard works and casts in various big brands TV shows and movies, she has made a beautiful fortune. She is estimated to have around $250.000 of net worth. And still, she is making it rise with different movies and shows.

I bought a house and spent the last couple of months renovating it. I'm so delighted tonight that it's finally ready! Yay!! #newhome #homerenovation #dublin #yellowchair #delightedwithmyself

She is also a travel writer and spends most of her earnings traveling different part of the world. She keeps the fans updated on her travels and treks. She also runs a travel company and website named Holladee.

In 2017, she bought a lavishly furnished house in Dublin. She also renovated it herself to keep the personal touch.

Mullins is a traveler. She has travel different parts of Europe and mainly she travels extreme places of Ireland. Often she loves to travel alone and she is also a travel writer. She has a blog and a website Holladee.

She is rumored many times of having a secret husband but Mullins has never accepted it.

Other than traveling, she is fond of snow skiing and skateboarding. She has traveled to the mountains of Austria and practiced skiing. Also, she is a yoga lover and finds time for it every day. She believes yoga is the essential part of our beautiful life.

When interviewing Michelle @cliffs_of_moher_retreat for The Irish Times/Danone project I discovered we both trained as yoga teachers in the Sivananda Ashram in the Himalayas, India. I did my teacher training in 2014 and have still never thought a class! One of the best things about the course was getting to live in the midst of the Himalayas and being able to go for a dip in the River Ganges each morning. Here’s me practicing just outside the ashram; what a setting! - - - #InSync #liveinsync #mindful #mindfulliving #selfcare #activia #activiayogurt #yogalover #yogalife #yogaretreats #yogaoutside #yogagirl #yogini #yogateacher #happiness #holladee #sivananda #sivanandayoga #sivanandaashram #yogateachertraining #himalayas #ganges #ganga #riverganga #gangesriver #indiatraveller #visitindia #yogaasana #asana #rishikesh

In 2015, she has a major grief moment in her life as her dad died. But, she has kept herself strong and moved along with the life. She explains, her dad’s warm jumper is always over her. Mellins also got training in ballet. She also traveled to Cuba performing with Camaguey Ballet Company.

She is also a core committee member of ERA 50:50. She leads the campaign calling for equal representation of women on screen and stage. She also made an impassioned speech about it when picking up her BAFTA.