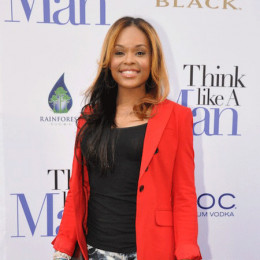 An American actress and singer who is better known as singer who played Janine Payne on the TBS series House of Payne. She attended Fort Walton Beach High School. She holds major in Art. From her young age, she was fascinated in painting and she was inspired to be an artist but her career took turn as she started to take interest in acting and singing career. She didn't have very humble beginning as she worked as Cracker Barrel, Waiting Tables at the starting of her career. In 2009, she was nominated for National Association for Multi-ethnicity in Communications Vision Award for her comedy role in House of Payne.

Exploring her personal life she has not married yet. Anyway but that doesn't make her single. She was in long term relationship with her ex-boyfriend from whom she is mother of 14 years old son. Till now she hasn't disclosed any information regarding his father name. May be she want to keep it secret to herself. Currently, she is in an on-again and off-again relationship with the her new boyfriend who is better known as Atlanta's production tycoon who has a daughter from his previous relationship. They are living together.

He was born from her relationship with her former boyfriend whose name she hasn't disclosed till now.