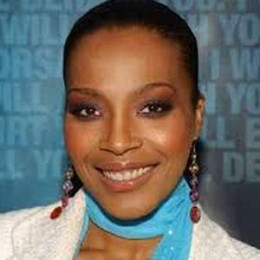 Denise Gordy, an American film and television actress, is currently single. She was previously married to Richard Lawson. Denise was born to mother Rosemary Gordy and father George Gordy. Denise started her career in movies from "Black Fist". She contributed to the soundtrack of Black Fist as well while she was working on the movie. Later, she worked in the movie, Toy Soldiers, which was a big hit.

She was previously married to Richard Lawson and has a daughter with him named Bianca Lawson.

Denise also had a brief relationship with Marvin Gaye and has a son named Marvin Gaye III with him as well. She has not revealed anything about her current relationships.

Denise Georgette Gordy was born on 11 November 1949 in Detroit, Michigan to George and Rosemary Gordy.

Richard Lawson is an American actor. They were married for 11 years and had a daughter together.

Marvin Gaye III is her first child born from the affair with Marvin Gaye. There is not much information about him.

Bianca is her daughter from the marriage with Richard. She is also a film and television actress.